As soon as you hear the words quad-core vs dual-core, you undoubtedly think, “Which one is better for me?” if you’ve ever been shopping for a laptop. and just what does it all entail, exactly?

For any programme, application or task you have in mind, we’ll inform you and explain to you if a laptop or a PC is preferable for your needs. There are a few terms we need to cover before we get into that.

It’s a laptop’s key component. It executes computations and commands from your apps. To open a document, view a movie, or write an article on your laptop, you must use the processor.

The quicker the clock, the faster your programmes run.  For certain apps, a specific “CPU Speed” is required to operate effectively. The faster your CPU, the more programmes you can execute.

Apps run faster when there are more cores. If you’ve got a lot of brains, you’ll be better off. To have things fixed faster. Most programmes, however, do not benefit from “additional cores,” and instead rely on “clock speed,” which is expressed in gigahertz.

Quad-Core vs Dual Core: Which One Is Better & Why?

There is no one-size-fits-all answer to this question. The more cores you have, the quicker your programme will execute if it can be broken down into “many portions” like this.

You’ll be able to run a lot more apps concurrently if you have more cores on your computer. Consider multitasking while playing a computer game, watching a video, talking to someone, and writing a paper. 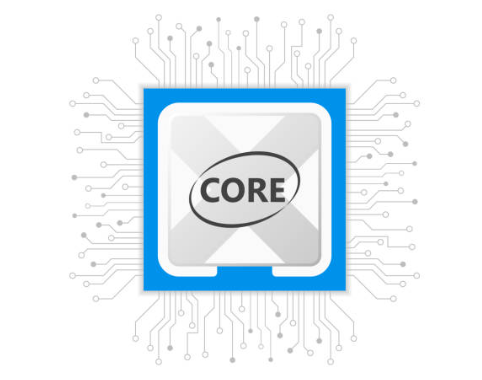 With a quad-core processor, each work may be given to one core at a time, hence it may be more efficient to use a quad-core than a dual-core. However, for most everyday work and simple multitasking, having more than two cores will make little difference.

If you won’t be running any applications that make use of the additional processing power of a quad-core CPU, go with a twin-core instead.

Which Applications Make Use of the Additional Cores?

The usage of many cores in software is very unusual, and when it does occur, it is only under very specific conditions. It’s not that their software is bad or cheap, but it’s difficult and in some instances impossible to write software that makes use of all of your computer’s cores.

Let’s have a closer glimpse of Cores and their requirements in different fields.

Notably, fundamental operations like word processing and web surfing do not benefit from multi-core CPUs. You would benefit from a quad-core CPU if you intend on utilising all of these programmes simultaneously: Skype, online surfing, gaming, YouTube, etc. That’s OK with a two-core CPU.

Have a look at the below-mentioned applications name which are best for video editing.

Since its inception, editing has always been a one-way street. The clock speed, not the number of cores, is the most important factor in boosting productivity in any of the programmes mentioned above.

Even with additional cores, it is not possible to create rendering, compression, and previewing on a system that has four or six of them. Rendering, encoding, and previewing will all benefit from a quad-core processor on your laptop.

Have a look at the best photo editing applications.

A dual-core, quad-core, or even an octa-core CPU won’t help PhotoShop or other image editing tools. When it comes to implementing effects and actions, clock speed is more important than the number of cores.

Because most operations are single-threaded, a dual-core with a higher base frequency than a quad-core may be used securely.

Multiple cores have no effect on programming in general. When it comes to speeding up your programme and emulations, the base frequency is more crucial than anything else. Virtualization is one situation in which it makes sense.

However, this is only an option if you want to run a number of resource-intensive apps on each VM. Is a Quad-Core better than a Dual Core? The answer is a resounding “no.” Yes, you may use a virtual computer to test.

In order for a game engine to function effectively, each action must be followed by another. Even if a gaming website claims to improve your performance, it will be little.

No of how many cores a CPU has, a faster CPU usually performs better. However, if you have a certain gaming site in mind, you are free to do so.

Having several cores or too many cores won’t help your productivity, applying effects, or modelling (in real-time). The clock speed is the most critical factor. So far as I know, only Revit and Inventor use more cores.

All of the following programmes will benefit from extra cores when it comes to rendering your project. Rendering times will be slashed as a result of this.

Rendering is like a math problem in that the more brains you have, the quicker you can come up with an answer.

Everything you need to know about Quad-core vs Dual-core has been answered and assessed above. We hope that you have now sorted out your thoughts and come up with a suitable idol for yourself.

Let us know if there’s anything you’d want to contribute or share in the comments section below.