In this post I will be sharing the best and the latest smartphone under 8000 INR. These listed smartphones are in no particular order and you and go with which ever you feel will satisfy your needs in your budget.

The Lenovo A6000 Plus is one of the latest budget smartphone from Lenovo and is a successor to the A6000. The smartphone comes with 5 inches of IPS capacitive display, having an HD resolution of 720×1280 pixels and offer 180 degree of viewing angle. It is powered of Quad core processor which is clocked at 1.3 Ghz. The device comes with 2 GB Ram and got an internal memory of 16 GB. It also supports expandable storage, supporting up to 64 GB of memory card. 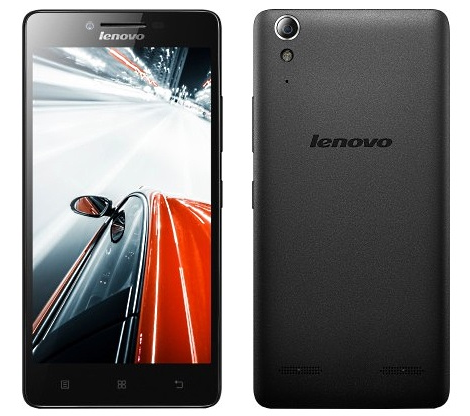 The smartphone features a 8 MP rear facing camera and there is also a 2 MP front facing camera. Lenovo has included a bunch of camera features in the A6000 Plus, such as like Geo-tagging, face detection, touch focus, etc. On connectivity it supports 3.5 of Jack, WiFi, GPS, FM Radio and Bluetooth. It also supports 4G connectivity, which is very impressing considering the price.

The device is equipped with battery 2300 mAh which is claim to give 22 hours on standby and it runs on Android 4.4.4 KitKat OS. The Lenovo A6000 Plus comes for a price of Rs. 7,499 and is exclusively available on Flipkart.

The Yu Yuphoria is the second but lower generation of the most popular budget smartphone called Yureka. This new smartphone comes with premium design with well rounded edges and curved, which surely makes it look like a much premium device. The smartphone boosts a 5.0 inch IPS LCD HD display with 1280 x 720 pixel resolution. It is powered by the 64-Bit Snapdragon 410 processor and comes with Adreno 306 GPU. It has got 2 GB RAM and a 16 GB of built-in memory, which can further be expanded to upto 32 GB via microSD card. 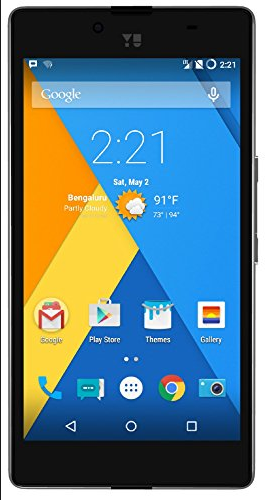 The smartphone is equipped with a 5 MP Selfie camera, which is decent for taking selfies and video calling. While on the rear side it has got an 8 MP camera with Auto-focus and led flash. Yuphoira runs on Cyanogen Mod 12 which is based on Android Lollipop 5.0.

There is a 2380 mAh battery to run the device and the phone gives a battery life of about a day, which is a good point. Yu Yuphoria combines all these feature and offers a absolutely a bang for your bucks, coming at affordable price of Rs. 6,999 and in only available via Amazon.in website.

Motorola’s Moto E Gen 2nd Generation is the successor to probably the first feature rich budget smartphone, the Moto E. The Moto  E 2nd Gen is indeed a great choice for those who want great build quality and a pure vanilla android experience. It has got a Snapdragon 200 processor, clocked at 1.2 Ghz Quadcore powering it and comes with Adreno 302 GPU. It offers a 1 GB Ram memory and has got an 8 GB of internal storage. It also gives you an option to pop in micro SD card and expand the storage space to upto 32 GB. 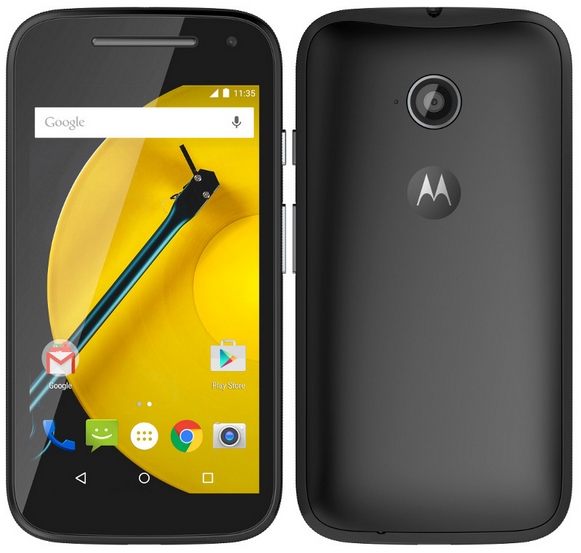 The phone ships with Android Version 5.0 Lollipop, out of the box and packs a 2390 battery. The increased battery capacity is sufficient to last full day with moderate to heavy usage. On imaging, the device comes with 0.3 MP VGA camera on the front, which is mostly for attending video calls. There is also a 5 MP rear facing camera with auto-focus. Sadly, the phone lacks a flash which will make the phone struggle in low lighting conditions.

The smartphone includes all the standard connectivity options such as WIFI, bluetooth, 2G, 3G and also supports 4G connectivity. Moto E 2nd Gen is priced at Rs. 6999 and is exclusive to Flipkart.

Xiaomi Redmi 2 is a successor to the much popular phone, redmi 1s. It comes with enhanced features and software, while maintaining the price range. It houses a 4.7 inch capacitive screen and has a screen resolution of 720×1280 pixels. It is powered by 1.2 Ghz of Quad-core Qualcomm 400 processor, which is assisted by 1 GB RAm. The phone comes with 8 GB internal memory with expandable storage options. It supports microSD cards up 64 GB. 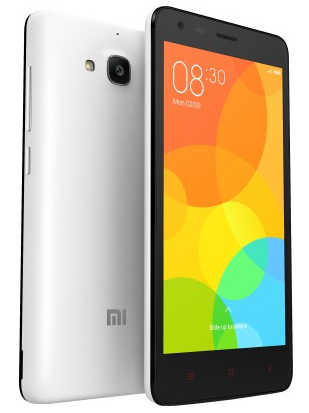 Redmi 2 sports 8 MP rear camera which comes with a BSI sensor for quality low light images and an infrared sensor protection for quality images in sunlight. It has also got a 2 MP camera unit on the front.

It runs on Xiomi’s customi UI MIUI v5 which is based on Android 4.4.4 Kitkat. The phone offers WiFi, GPS, Bluetooth, USB, Micro-USB as its connectivity options. It also supports dual sim and allows you to use a regular size sim cards instead of micro Sim, so you don’t need to cut you Sim card. Xiaomi Redmi 2 comes with a price of Rs.6,999 and is a great deal at this price.

Xiaomi Redmi 2 Prime is an upgraded variant of Redmi 2 and offers a better specs sheet charging you some extra bucks. The phone sports a 4.7 inches display with 720 x 1280 pixels resolution and 312 ppi. It features a Quad-core 1.2 GHz Cortex-A53, Qualcomm MSM8916 Snapdragon 410 processor and comes with 2 GB Ram memory. On storage, it has 16 GB of on-board storage, which is expandable via microSD, up to 32 GB. 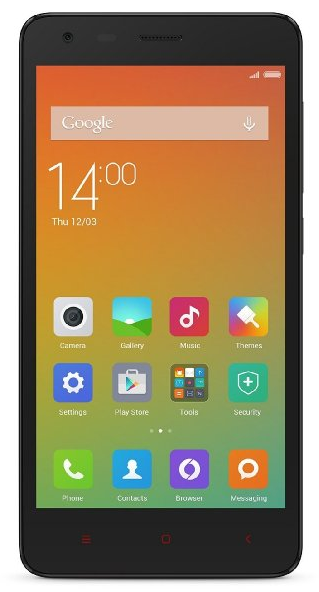 The smartphone on MIUI v5 which based on Android v4.4.4 KitKat and is powered by its 2200 mAh Li-Po Battery. It packs a 8 MP primary camera with LED flash and a secondary 2 MP, 720p camera for video-calls. The phone also has GPS, Wi-Fi as well as microUSB v2.0, USB Host as connectivity options. The Xiaomi Redmi 2 Prime in the first Xiaomi smartphone to be manufactured in India and is priced at Rs. 5999. This is one of the best smartphones under Rs. 8000.

Recently, Micromax also contributed to the budget smartphones section under Rs. 8000 by launching their new smartphone, Micromax Canvas Xpress2. The Canvas Xpress 2 comes with a 5-inch HD (1280 x 720 pixels) display with Corning Gorilla Glass 3 for protection. It runs on the MediaTek MT6592M SoC with a 1.4GHz octa-core processor. It comes with 1 GB of RAM and 8 GB of in-built storage, which can further be expanded to 32 GB via microSD card. 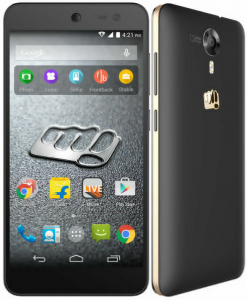 The phone spots a 13 MP rear camera with an OmniVision sensor and dual-LED flash unit. There is also a 2 MP front facing camera for selfies and video calls.

The phone ships with Android 4.4.2 KitKat OS, out of the box and it is also upgradeable to Android 5.0 Lollipop. The phone juices is power from a 2,500 mAh battery which Micromax claims will give you 9 hours of talk time and 393 hours of standby time. The phone comes with a very budget friendly price of Rs. 5999 and is available via flash sales on Flipkart.

Huawei Honor Holly is also an ideal choice a  for those who are looking for a decent smartphone with powerful specs and memory. The phone flaunts a 5 inch display with an HD resolution of 1280 x 720 pixels. The Honor Holly runs on Android 4.4 Kitkat layered with Huawei’s custom Emotion UI. The device is powered by a 1.3 Ghz quad core Mediatek processor coupled with 1 GB RAM. It comes with 16 GB of internet storage which should be enough for storing apps, music and games. It also inlcudes SD card slot and you can expand the storage to up 32 GB via microSD card. 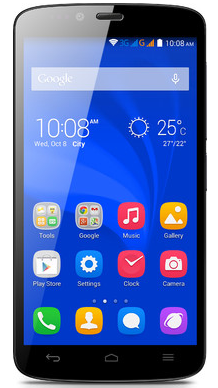 The smartphone comes with an 8 MP primary camera with F/2.0 aperture, while there is a 2 MP front facing camera for taking selfies. The Honor holly is packed with a 2000 mAh battery, and it will last you for almost a day with normal usage. The phone supports both 2G as well as 3G connectivity and comes at an affordable price of Rs. 5999.

So, wrapping it up I would add that these are among the best smartphones under Rs. 8000 that will undoubtedly offer the best price to performance ration. These are the ideal choices for you if you are looking for a power packed smartphone at a tight budget. Feel free to comment if you would like to add something to this list. And also let me know which of the above smartphones is your favorite smartphone under 8000.