These days flagship smartphones come Quad HD Display that makes the screen clear and as good as Real life. Now talking about Samsung Galaxy Note 5 display, the smartphone have been blessed with a Ultra High Definition Display to that is sure to offer stunning display with absolutely no pixalation.
Some internal source suggests point out to a Quad UHD Super AMOLED Screen with 4k resolution with real life experience. The Galaxy Note 5 is reported to boost a 5.9 inch screen with 4K resolution display. To give customers a perfect display with this smartphone Samsung has complemented the 4k resolution with pixel density of more than 600 ppi.
The gorgeous 4k display is protected with a Corning Gorilla glass 4 with Samsung’s damage resistance technology. This will provide the front panel necessary durability and will also make it damage proof.

According to some reports, Samsung Galaxy Note 5 phablet will comes with an all new design, instead of following Samsung’s typical design language. The new design will make your current phone feel like a dis-figured rock! 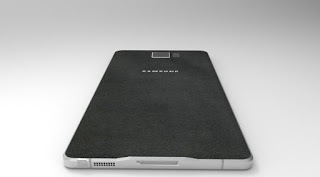 Some concept images of the Galaxy Note 5 reveals a bezel-less design with increased screen to body ratio. Additionally, the company will probably move to include more premium materials in the Galaxy Note 5. The new bezel-less design will be emanated and eye catching.
While, other rumors suggests that Samsung designers have suggested internally that a full metal body could lead them and its new flagship phablet to whole new level. So as per recent reports, Samsung will go for an all-metallic build with the Galaxy Note. Samsung designers are apparently aware of public desire for a metal frame, but quotations emerging from the Korean company suggests that it does not actually makes sense for the company in practical and aesthetic terms.

Samsung Galaxy Note 5 will be armed with an impressive amount of RAM memory, with some reports suggesting that the Ram memory could lie anywhere between 4 and 6 GB. It is also worth mentioning that some sources are suggesting that with the Galaxy Note 5 Samsung will introduce high-density EPOP memory. This new memory chip combines 3 GB LPDDR3 RAM along with 32 GB eMMC. And this indicates that it will enable the Galaxy Note 5 to multitask with much greater fluidity, and also consume less space enabling a slimmer designed to be more feasible.
The Galaxy Note 5 will be powered by Samsung Exynos 3.2 GHz Octa Core Processor to make it a no-hang, no-glitch experience for you. There are high probability that this phablet will comes with Android M out of the box, which is bound to have features making it exciting for you every time start playing with the device.
The new android os will bring 64-bit CPU support to the Android platform. It is possible that Samsung will include a 256 GB storage option among the models available at launch, but as per recent reports, the company is tended to instead stick to a maximum of 128 GB.

Nowadays a good photography experience is must in smartphone and phablets, and the Galaxy Note 5 is sure to take note on that. Talking about the camera specs, the 5th generation of galaxy note phablet will feature a 19 Mega Pixel primary camera, with capability of capturing 4k resolution videos and also high resolution slow motion videos. The camera will also include innovations like Optical Image Stabilization, Simultaneous HD video and image recording, touch focus and smile face detection and will make your camera experience simple and quick to capture memories, without even missing a single moment.
This phablet will also include a secondary 4.7 Mega Pixel front facing camera. The front camera will be loaded with Touch Free Capture Technology, Wide Angle Technology and much more.

Looking at the pricing of the previous generation Galaxy Note phablet, the Samsung Galaxy Note 5 is believed to priced at not anything cheaper than $1000 without contract.

Just like major mobile companies, Samsung is also been extremely quiet about the release date of the Galaxy Note 5, which has led to a lot of speculation on the subject. However, some internal sources suggest that the Galaxy Note 5 will be released during the third quarter of 2015. Samsung is expected to announce the device at the IFA event in Berlin.
Being more specific about the release date, this beast gadget is deemed to release in somewhere during September 2015. This is clear from some previous release dates, and launch dates.

Here are some awesome concepts of this fabulous phablet that will definitely give you glimpse of the upcoming Note 5. 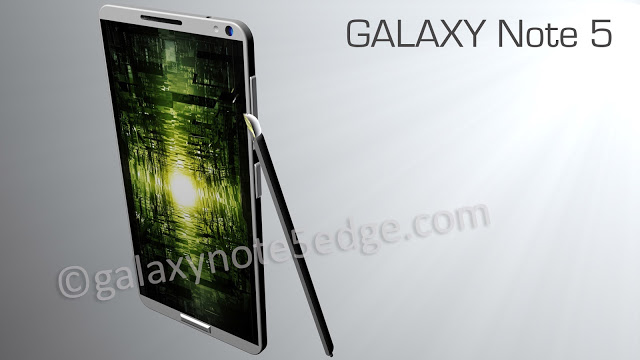 Concept image by- samsugalaxynote5.com
So, this was all thing you need to know about Samsung Galaxy Note 5. Tell us how did you liked Samsung Galaxy note 5 release date, specs, rumors, review & price ?