Imagine yourself sitting in a room when a Bullet shot from Clint Eastwood’s pistol passes by your ear or maybe you are walking on the street and through the eyes of the Actor on screen, you find yourself in the middle of a battle trying to slaughter a Dragon.

Harry Potter Fans will definitely remember the sequence in the final film where our three heroes escape Gringotts Bank on the back of a dragon especially a screen facing down the dome of the Bank from the sky when suddenly a Dragon bursts from the Dome escaping with our three heroes. 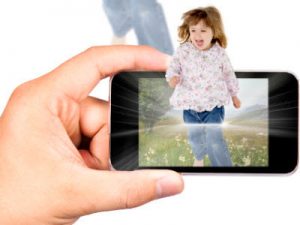 3D Technology has come a long way from being an invention by one Mr Wheatstone in 1838 which helped create 3D images of static pictures. Back then, it was only possible to show static pictures in 3D by combining 2 images of a static photo at offset angles to give a 3-dimensional image.

With the advent of technology, 3D technology has made possible to record and view Movies in 3-dimensional angles. Human eyes are approximately 50 to 75 mm apart which leads to the person seeing different dimensions of an image of an article. Just hold up a pencil and try looking at it by closing each eye and looking through the other eye.

3D Technology (Normal) works on the same principle. In a TV, 2 images are moving at the same time but are slightly placed in different levels. One image being slightly placed up than the other. This imaging sort of turns into one when a person sees the movie through specially made glasses which replicate the same principle of covering one of your eyes at a speed faster than sound which is not possible to estimate.

There are 2 main types of glasses which provide 3D viewing: 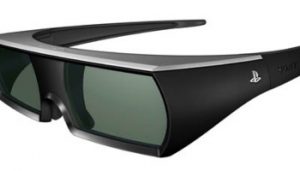 In Active 3D glasses especially the ones sold by LG and Samsung, the glasses are battery operated and shut at speeds difficult to estimate with the naked eye. They are connected with an emitter which receives signals from the TV which shows 2 images turning on/off at infinitely fast speed and accordingly the emitter receives the response and opens and shuts the lenses at similar speeds thereby giving us a 3D image perception. Such technology is mostly available in specialized 3D TV’s launched and sold by LG and SAMSUNG. 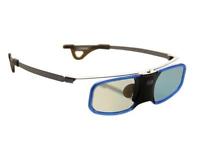 In passive 3D technology used mostly in movie halls, the glasses are normal but polarized and work without batteries. The only difference lies in the movie being shown through 2 projectors at different angles-one horizontal and the other slightly vertical thereby giving a 3-dimensional angle.

RealD 3D and IMAX 3D are some of the movie halls which run or produce movies using this concept. Now don’t get much confused about Active & Passive 3d glasses. You can clearly see the difference in them.

3d Technology in the movies

Moving on, we now discuss a new concept which has been doing the rounds in Movie Industry since the release of James Cameron’s ‘Avatar’ in 2009. Motion Capture is the process of recording the movements of objects or people. 3D technology plays a big hand in this process. 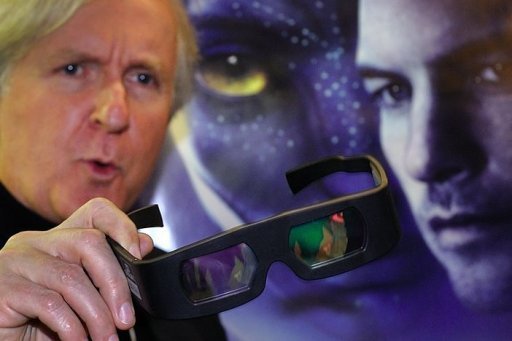 James Cameron developed a Motion capture stage for the shooting of his movie where several cameras were placed in different parts of the stage thereby capturing the performance of actors from different angles and allowing technicians to imbibe those in their digital animated models of the blue skinned Na’vi tribes.

Several actors like Sam Worthington, Zoe Saldana had to wear caps attached with a camera 6 inches from the actor’s face. It also allowed the actors to perform in real time without using makeup. Motion capture was the secret behind the creation of Smaug the dragon in 2013’s The Hobbit: The Desolation of Smaug where the facial expressions of Actor Benedict Cumberbatch as well as his movements were imbibed into the dragon’s 3D model.

It was done using the same technique Avatar was done with when the actor was lying down on a motion capture stage and all his movements from getting up, lying down etc. were captured using cameras placed at different angles and imbibed into Smaug.

It was as if like the actor’s full personality was added into the dragon. Unlike traditional animation where in actors were reduced to being just mere voice overs, this gave them full freedom to display their acting skills and contribute to Animation using 3D technology.

Has anyone seen the 2012 movie ‘The Amazing Spiderman’?

If you have then answered this with a yes or no –

Do you think that the actor playing the role of the web slinger was actually swinging through New York and punching and kicking villains?

Well, the answer is No.

It’s the magic of another aspect of 3D technology called CGI or Computer Generated Imagery. It was nothing but the magic of cameras and combination of different images and movements that gave the whole event a realistically feel.

So whenever you see a villain being punched or kicked or thrown off, ponder over whether it’s real or CGI?

Cameras set at different angles as well as images were taken in different settings combined with complex VFX setup make even the difference between real and virtual look absolutely nil.

Next aspect of 3D comes in Printing of artificial organs, food articles and items. Yes, you guessed it right. 3D printers after their successful run in the manufacturing sector have started to invade small Businesses with small but powerful versions capable of even replicating themselves. Efforts are being made to make sure that such Technology is used for ethical means.

It opens up opportunities for new Business ideas, challenging traditional concepts and giving flexibility to several families in terms of customization and satisfaction of Basic necessities. 3D printers use CAD(Computer aided designs) which allow the computer to accordingly program its nozzles to create several layers of the item on top of each other as per design giving shape to a very real structure beyond description.

Launched by Samsung and Oculus, such devices have been used for demonstrating potential customers in the interior design, for selecting their favourite car, in search of homes in decent locations and what not. Not only this you can see many amazing techs in this world.

3D technology is here to stay and has changed the lives of many people one way or the other.