Here we are going to see the Best Drone Cameras Review 2022 – Top-Rated and their Pros & Cons.

Drones with cameras went from being a casual summer hit to a mainstream tech gadget.

With their uses in different industries, such as video production, search and rescue, agriculture, and more, simply the desire to explore the world from completely new and breath-taking angles along with experiencing what it’s like to fly, and capture memories, is a perfectly good reason for wanting a camera drone.

Letting you capture some amazing footage in high-resolution 4K video, they are more affordable than ever and with quality beginner models now costing less than $60. Good camera drones start at a few hundred dollars.

Now before you go buying one, there are some factors like ease of use, flight time, durability, and features you should keep in mind.

You do not want a drone that will break easily, you need something resistant to most common crashes, something made from carbon fiber, or if your budget is low a good ABS plastic, not the weak one.

Below average flight time might become annoying, so keeping a few batteries on hand shouldn’t be an issue unless you can wait for your drone to recharge and take on the sky again.

We’ve tested dozens of drones, evaluating them based on design, ease of use, camera quality, durability, and flight time, to bring you our list of top five picks. 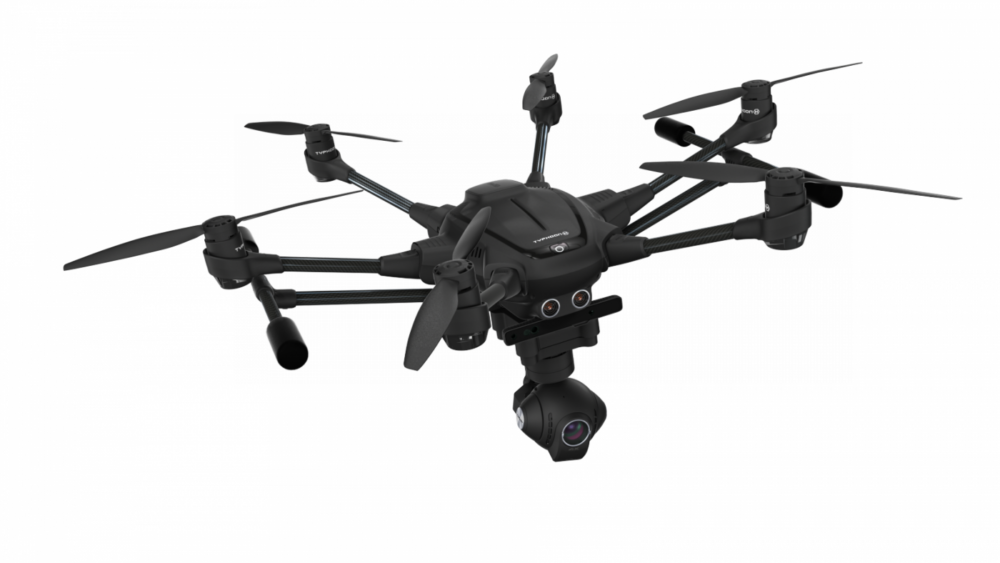 With a long list of features and a competitive price tag, the Typhoon H is the heavyweight champion of drones. I like the ST16 controller, and the machine itself flies and handles well.

The features and specs on this drone are nuts, so to make it easier on you. It’s got six rotors instead of the usual four — and it only needs five to fly.

This redundancy means that if you lose one rotor for some reason, the drone will be able to recognize the problem and safely fly back to the home position for repairs.

These hexacopters typically lack an integrated camera flight system, the feature on a consumer drone that lets the pilot use the same camera to both navigate and to capture aerial footage.

Instead, these filmmakers’ drones have a gimbal where a separate pro movie camera is attached to capture footage. This also means you need two operators—one to fly and one to film.

Second, unlike the P4’s camera, which can only pan up and down, the Typhoon H camera is mounted on a 3-axis gimbal that can swivel in 360 degrees.

The landing gear is also designed to retract at the flip of a switch so that it doesn’t get in the way of your shots.

It bundles a very nice 4K video camera (shooting 30fps or 60fps in 1080p and featuring 12-megapixel stills) and flies just fine with only one person at the controls.

The Mavic is the first drone that I have flown that is truly stable, I mean you can just let go of the sticks and watch it for 10 minutes and it will barely move a 1/4″ even with an 8mph crosswind.

24 high-performance computing cores, an all-new transmission system with a 4.3mi (7km) range, 5 vision sensors, and a 4K camera stabilized by a 3-axis mechanical gimbal, are at your command with just a push of your thumb or a tap of your finger.

Every time you fly, OcuSync scans a range of available frequencies to find and use the one with the least interference to give you more reliability and control.

Tightly integrated with DJI GO, OcuSync transfers vital statistics of the Mavic to you in real-time, and can also be used to download photos and videos while you fly at a maximum speed of up to 40Mb/s. *FCC compliant, without obstacles or interference. 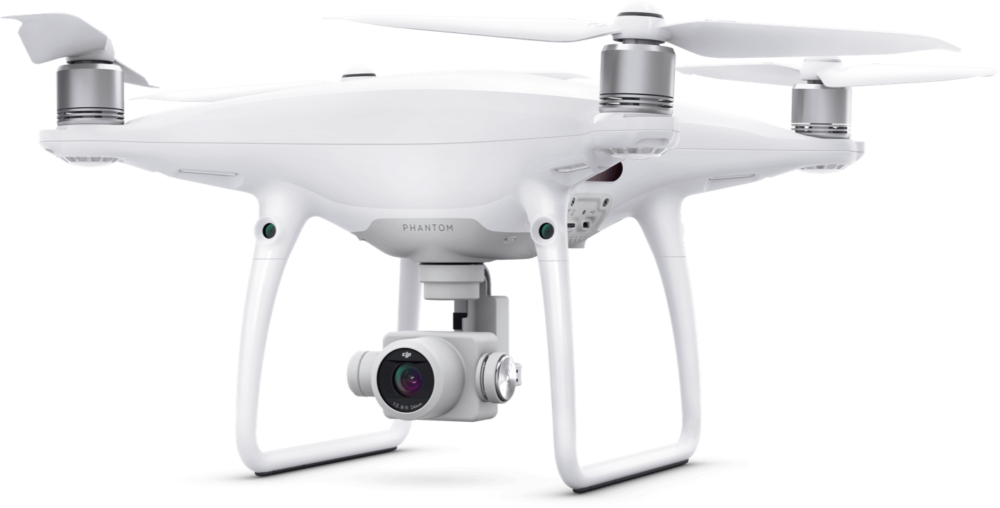 What can you say about the Phantom 4 Pro besides absolutely amazing! This thing is a beast and is crafted with elevated imagination and visionary intelligence.

With all the intelligent flight modes, the skies the limit for all the different possibilities of photography and filming. Plus, it’s just fun to fly.

If you click it into sport mode this thing is scary fast while you will still be able to safely control it. On the first flight, I was able to make decreasing radius spiral turns at 45 mph super smooth and seamless. This thing is phenomenal.

Switching between them allows pilots to get the control they need, whether they seek smoothness, simplicity, intelligent navigation, or speed.

Atti Mode switches off satellite stabilization and holds the Phantom 4 Pro’s altitude. It is ideal for experienced pilots looking to capture smoother footage.

Both the infrared sensing system and vision sensors are enabled in these modes for a safer flight experience.

The Phantom 4 Pro has a maximum flight time of 30 minutes, providing more time in the air to capture the perfect shot. The DJI GO 4 app shows battery lifetime and calculates remaining flight times according to distance traveled and more.

It will give alerts when it reaches a minimum safe amount required for a safe journey back to the take-off point.

Easy to set up and fly. Just charge the battery in the remote and for the drone and you are set to go.  As the name implies, the Yuneec Typhoon Q500 4K comes with a stabilized 4K video camera, as well as a badass ground control system.

The system comes with a handy Steadygrip camera, a pistol-grip device that lets you use the drone’s camera on the ground using your smartphone as a viewfinder.

The big props make the sound pretty much unnoticeable at roughly 100′, unlike the “swarm of bees” sound made by smaller higher pitch props. The 5,400-mAh lithium-polymer battery gives an average flight time of 20 minutes under average flight conditions.

So, if you are looking to become a serious drone pilot, it’s a perfect drone to begin the journey with. 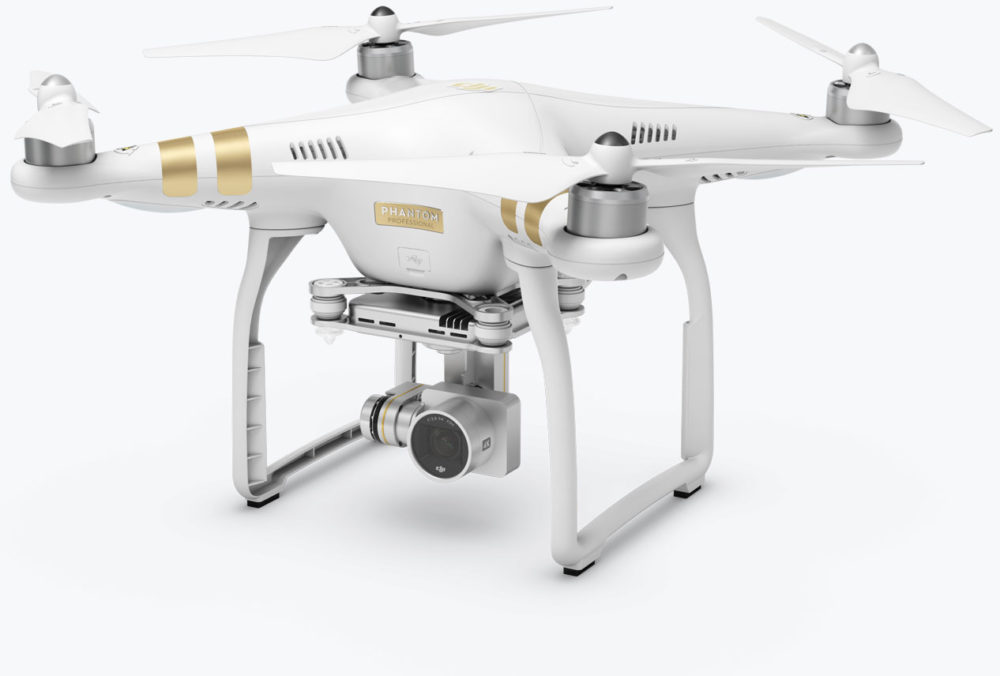 The operating range is 2,000 meters, which is very decent for a drone of this type, being one that is made for aerial photography.

The drone measures about 23 inches from wingtip to wingtip and weighs just under 3 pounds. LED lights at the bottom of each wing help you keep track of it in the air.

To aid indoor flying, the Phantom 3 Professional includes an integrated array of optical and ultrasonic sensors call Vision Positioning that allows you to fly precisely indoors without a GPS signal.

The Phantom 3 Professional includes all the tried-and-true features like GPS navigation with auto take-offs and auto landings, an intelligent high-power flight battery, a built-in safety database of no-fly zones, and a powerful mobile app for your iOS or Android device.

Sensors on the bottom of the drone point down and detect patterns on the floor to lock on to, to remain stable when flying indoors, where a GPS signal (used for stability outdoors) isn’t available.

The 4k camera features advanced optics, shoots in raw, and is a good set up for light commercial productions.

It turns just at the right speed, moves quickly when you want it to, and slowly enough for some great cinematic shots.

On the default beginner settings, DJI does everything it can to make sure piloting the drone is as easy as possible.

When you start it up, you have to rotate the drone to calibrate its compass – it uses this data to navigate home automatically if it ever goes out of range.

Speaking of range, the drone can go up to 2km meters away as long as you maintain a line of sight. It is also equipped with a vision positioning system that allows the indoor flights to be super smooth and without any issues.

The Future of Best Drone Cameras

If you take a closer look at the models on the market today, you’ll see several clear hints and clear signs regarding where the drones are heading; at least for the foreseeable future.

One of the massive issues that drone pilots have to deal with is the number of hardware restrictions.

The biggest of which is the battery life and power restrictions. Even the most expensive of drones still have around 20-25 minutes of flight time per battery and having more than one fully charged battery on you at a time is actually a normal occurrence.

Especially if you plan on using your drone for image and video capture.

Drone manufacturers are currently experimenting with different battery solutions as well as trying to design ways in which to obtain a bigger, more powerful battery.

Another innovation, which is currently on the drawing board, is a way in which pilots can actually handle and operate the camera to its full extent while in flight.

With this technology, you’ll do a lot more than just pointing the camera in the right direction or fiddling with the gimbal settings. The idea is to make everything from filters to lighting to lens settings to the most advanced bitrate and recording options available at your fingertips off of your tablet or controller.

The controller itself will be undergoing massive transformations, which have already started to take place.

What we can be certain of is the fact that drones will carry on evolving and bring more features to the table. Slowly, but surely, drones will grow and all their current shortcomings will be resolved and improved upon.

🤔 Which drones have the best cameras?

🤷‍♂️ What brand of the drone is best?

DJI is probably the best well-known name in drones on the market today. ... Hubsan is one of the top manufacturers of toy-class drones. ... Parrot is best known for its Bebop drone, a cylindrical piece of plastic and foam that makes up an easy to fly drone. Yuneec is a, well, unique company in the market.

🙋‍♀️ What Phantom drone is the best?

The DJI Phantom series of drones are some of the best machines on the market, while the Phantom 4 Pro V2. 0 is the best consumer offering, professional users will want to look at the Phantom 4 RTK.

👉 How much does a decent drone cost?

The typical cost for a toy drone ranges from about $20 to $250. Camera Drones start at around $300 and go up from there. The DJI Mavic Pro (the best drone we've tested) retails for just under $1,000. Professional drone users will spend tens of thousands of dollars to get the best image quality and flight time.

Over To You: Your Favorite Best Drone Cameras?

I hope you like our detailed list of Best Top Rated Drone Cameras 2022: Buyers Guide Reviews. So share your experience with us in the comments below!

I hope you like our detailed list of Best Top Rated Drone Cameras [Year]: Buyers Guide Reviews. So share your experience with us in the comments below!