Being a YouTuber is one of the best jobs you can get. It’s an amazing place to meet people that share your interests and passion, showcase all the creative things you’re capable of, and finally, become famous!

While some channels may start by getting noticed through sheer luck or by stealing other people’s work, it’s important to make your unique content.

Of course, this can be difficult for some YouTubers since they may not know how to monetize their videos properly, get the right exposure, find the right audience, etc.

Fortunately for them, there are networks out there that offer small channel partnerships.

A YouTube Network is an affiliation of YouTube channels that work together to help one another grow.

YouTubers join them by submitting their channel for review, and if they prove themselves worthy, the network will promote their content (YouTube, 2015).

The first one is for YouTube channels that are already established, have a sizable following, and are looking to expand their viewership.

The list below is all networks that are known to offer some kind of partnership or monetization opportunity to smaller channels.

From what I can tell, these are the only YouTube networks that provide this service at this time. If you know of any other networks offering small partnerships or network deals, leave a comment below so I can include them on this list!

Fullscreen is a YouTube network that’s been around since late 2011. They started as an invite-only network but opened their doors to everyone in early 2012.

The network has expanded quite a bit since then, and now includes hundreds of thousands of members across multiple social media platforms. 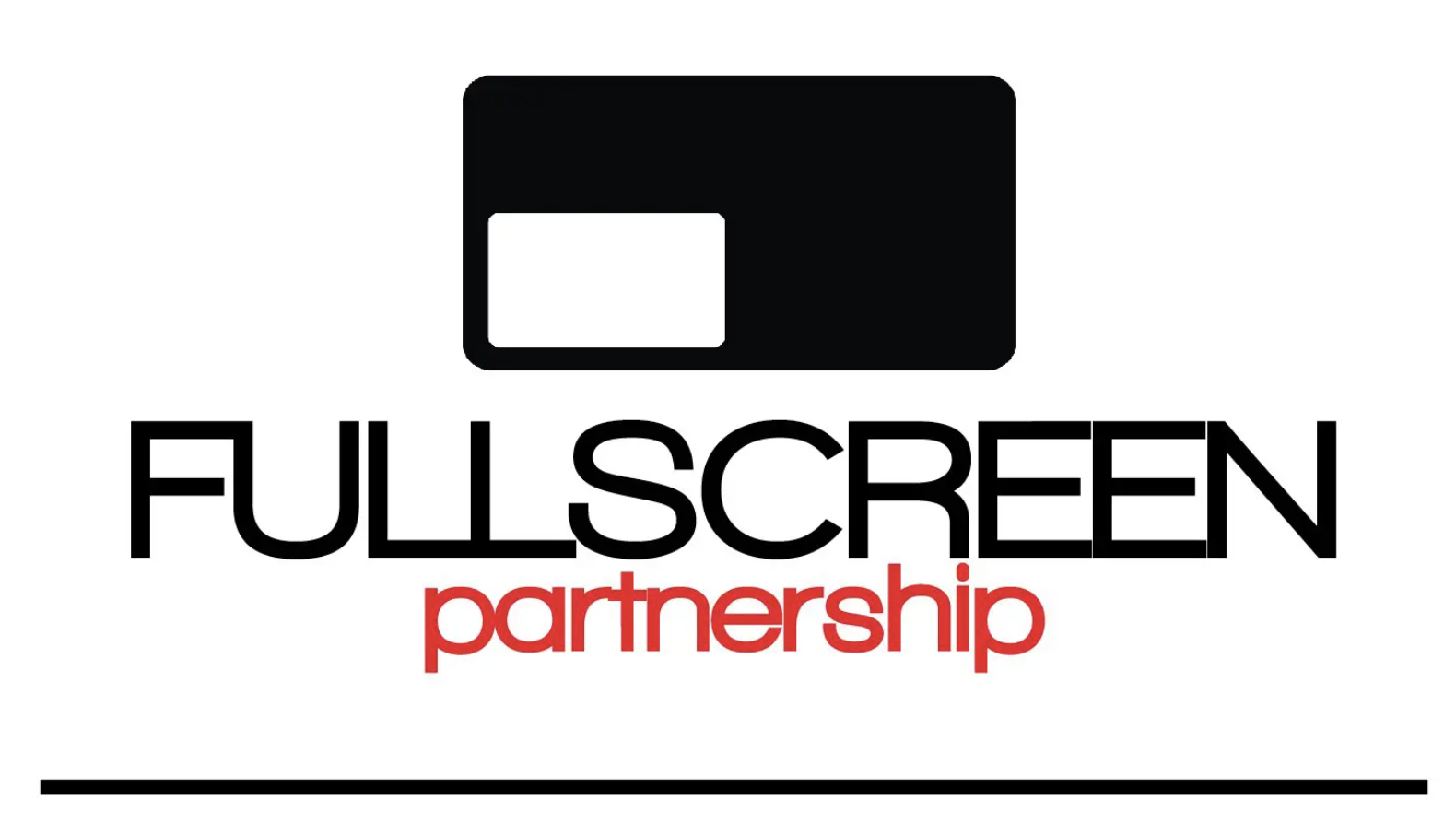 Fullscreen offers a few different types of opportunities to their partners, but the main one which I’m focusing on is their opportunity to become what they call a “Channel Partner.”

This means you would get access to their staff, creators’ services, monetization opportunities, and other benefits. They offer these deals to anyone with at least 10,000-lifetime views (no subs).

Fullscreen Media (FSM) is a spinoff of Fullscreen which started in March 2013. Like its parent company, FSM offers small partnerships to creators with at least 10k lifetime views and no subs.

However, once you become approved for this program you do NOT get access to the benefits that Fullscreen offers.

The Channel Frederator Network is a network that’s been around for multiple years and has expanded to include more than 900 channels since its inception.

As part of their partnership program, you get access to the CF Network Marketing Suite (which includes customer service and newsletters), advertising & analytics tools, promotion on the Channel Frederator Blog, and more.

This is a smaller YouTube network that has made a name for itself by offering a lot of benefits to its partners. You get access to IOS applications, newsletters & reports, advertising opportunities on their main website and blog, early access to new features on YouTube, plus the opportunity to have your videos featured in their monthly “featured partner” video.

The Machinima network has been in business since about 2010 and was originally focused around the world of video gaming. They’ve since expanded to include stuff like Action Movies, Sports Videos, Action & Adventure, Comedy, Music Videos, and more. You can become a member of the network by going to their website and filling out an application.

Maker became one of YouTube’s largest networks within a few years of its launch but was recently bought out by The Walt Disney Company for over $500 million. In addition to all their success, they’ve also created an excellent partnership program where you can become a “partner” with them. This means you’ll get access to Maker’s help videos, talent networking opportunities, advertising opportunities on Maker’s official YouTube Channel, and more.

New Line is a smaller network that focuses mostly on comedy-related content. You’ll get access to New Line’s team of producers & creatives, get listed on their website, get access to analytics reports, get discounts to services they offer and have the opportunity for your videos to be featured on their main YouTube Channel.

Launched in 2012, Machinima Prime is Machinima’s attempt to branch out and appeal to a wider audience with their content. The network has since expanded quite a bit, and now includes channels in the Music, Sports, Gaming & Geek Culture niches. You can join Prime either via their website or by applying through YouTube.

Channel Flip is one of the newest networks on the list. Although it’s fairly small, they are run by a couple of guys who have been around YouTube for years and know what they’re doing. This network is currently focused on the Music Genre but will expand to include other areas in the future. You can apply via their website or via YouTube.

Next New Networks focuses on helping creators grow their audience, and offers a variety of different services to help do this. They offer these services through 3 main programs:  Next New You, Partner Plus & PBS. Each of the programs has its benefits, but you have to apply for acceptance into each one.

1. It’s Easier to Get Noticed

Networks that accept channels with a smaller following tend to be more selective. This means that these networks only bring on the best of the best, and this helps you become noticed faster (Allan, 2014).

There’s a level of control over your content that networks with a strict selection process provide. You won’t have to worry about the big guys stealing your idea and running with it because most of these networks work with their in-house production teams ( (AllAllanan, 2014 2014).).

One of the things making it through this tough selection process proves that you’re a good investment. If a network is willing to bring you onboard it means they see something in your content and feel they can monetize it properly (Allan, 2014).

A great thing about being a part of a network is that you’re more likely to get collaboration opportunities with other YouTubers. This can lead to some amazing things, and help you meet people that have the same passions as you (Allan, 2014).

Getting noticed is not enough to keep growing. To keep climbing you have to be constantly evolving and improving your content. The great thing about being a part of a network is that they usually have access to better resources, so it will be easier for you to grow as a creator (Allan, 2014).

Getting onto the radar of a YouTube network isn’t easy. But if you get their attention, it can be extremely beneficial for your channel to become part of one.

This is because these networks will provide your channel with an extra promotion that’s not available through normal means.

And in many cases, they’ll also offer small partnership deals (which puts money in your pocket) to creators who meet their criteria.

The major benefit of partnering with a YouTube network is that it’ll get you more exposure than you would normally get on your own through paid ads, affiliate marketing, and other forms of monetization by yourself.

They can do this by promoting your channel in coordination with the other channels which are part of their network.

But not all networks are created equal, and unfortunately, it’s extremely difficult to tell who is offering the best benefits at any given time.

Some of these networks require you to meet certain requirements (such as X amount of subscribers) before even considering your application, while others like Fullscreen offer new channels a chance with no strings attached (provided your channel is at least 30 days old and has 10,000-lifetime views).

But regardless of what network you choose (if any), you need to make sure they are reputable if you ever want to work with them again.

I highly recommend researching who you plan on joining before committing to anyone because Google does not consider networks “affiliates” unless they’re in YouTube’s partner program.

This means that your videos will NOT be eligible for monetization through AdSense or other Google partners if you are partnered with certain networks that do not participate in this program (such as TGN, Famebit, and many others).

YouTube is the #2 best places for users to view videos, behind only Google itself.

Affiliates are people who monetize their content on YouTube by placing advertisements next to or within the body of the video, which enables them to receive a cut of Google’s revenue from these ads.

These networks are third-party organizations that have signed contracts with YouTube to sell space, allowing them to post videos and earn profits.