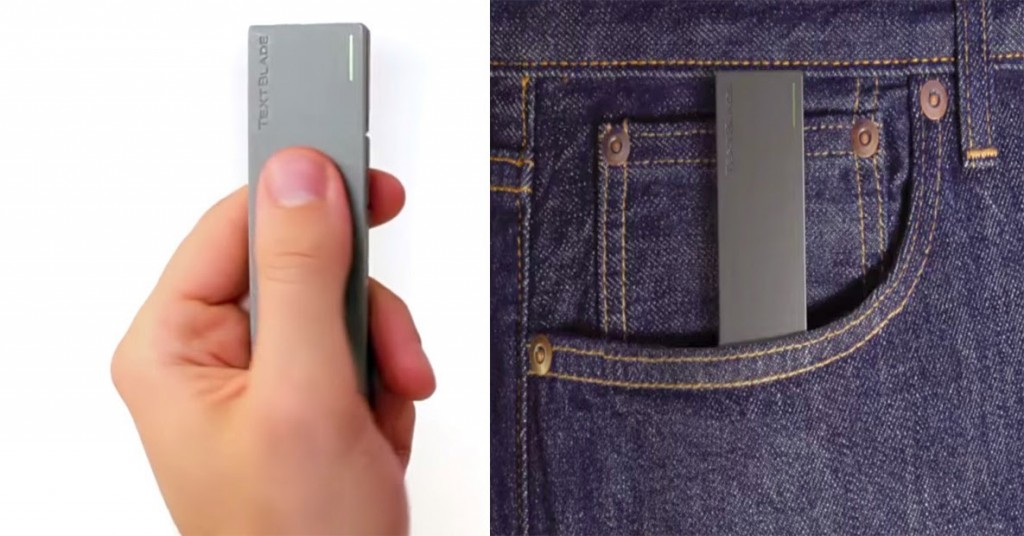 This might look like a pendrive, but actually it’s not. This is a keyboard. Yeah, that sounds amusing but its true. Waytools has come up with a folding bluetooth called TextBlade, which is an ultra slim, lightweight and compact sized keyboard. This ultra-light keyboard can be folded and it easily goes in a pocket, which is a very good sigh for travel group or for those who does not like typing on glass slabs of their smartphones or tablets.
It works just like a normal keyboard and has 3 modules, which when brought close, magnetically comes together to form a complete keyboard. This device connects via bluetooth and is compatible with IOS version 7 and later and with Android 4.4 Kitkat and later.

Each module is packed with capacitive touch technology, just like the ones in smartphone or tablets, to bring a Multitouch capabilities to each key with the feel of physical buttons. The 3 modules in total has 8 keys which has all the alphabets, number and other special signs of a normal keyboard. 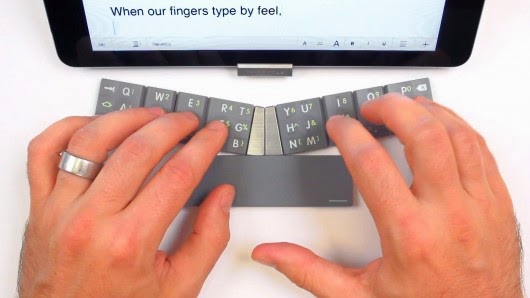 If you doubt that the spacing between the keys will be an issue, then FYI, the company has also kept that in mind, the keys are designed with full finger spacing as in desktop, to give you the same typing experience, as had in desktops, without changing your typing style.
This TextBlade is one-third  the size of an iPhone and weights only 1.5 ounces. It houses a lithium polymer battery with fast charging capabilities, that charges it in 1 hour via USB. The company also claims that a single full charge that can last around a month, mainly due to the fact that it uses Bluetooth Low Energy to wirelessly connect through mobiles or tablets.
This wireless bluetooth keyboard costs $99 and Waytools has already started taking pre-orders and claims it to be delivered next month.
Also have a look at this Video to get an idea how this keyboard works in real world.
So, do you think this TextBlade will be a huge success ? Use the comment section below and let me know your thoughts on it.
I hope you liked and enjoyed this post, and if did, do share it with your friends by hitting the social media icons below.
And its a good idea to subscribe to subscribe to GizmoBase, to get updates straight at your inbox, and remember we have a lot to share.
Subscribe Here (Its Free !!)
Also check out: YouTube’s New Multiple Viewing Angle Feature
Cheers !!