Microsoft has announced that the “next-generation” of Windows will launch on June 24 via a virtual event. But ahead of the launch, a huge leak has revealed the interface of the upcoming OS that includes a redesigned Start menu and a lot more. Reports suggest that Microsoft will be releasing the next update as Windows 11, leaving the Windows 10 nomenclature behind. The Windows 11 update is expected to be an important one and is likely to bring an overhaul of the Windows app store as well. The new leak suggests that Windows 11 could also have a new widget icon in the taskbar.

The Verge’s Tom Warren has leaked screenshots of the design elements of Windows 11. A lot of design inspiration is taken from the Windows 10X that was originally built for dual screens but was scrapped later. The app icons appear in the centre of the taskbar, the tray area has been cleaned up, and a new Start button and menu have been incorporated. You can place the app icons and the Start menu in the centre of the taskbar or move them to the left side. There are no Live Tiles in the Start Menu. It has a simplified design with pinned apps, recent files, and shut down and restart options. 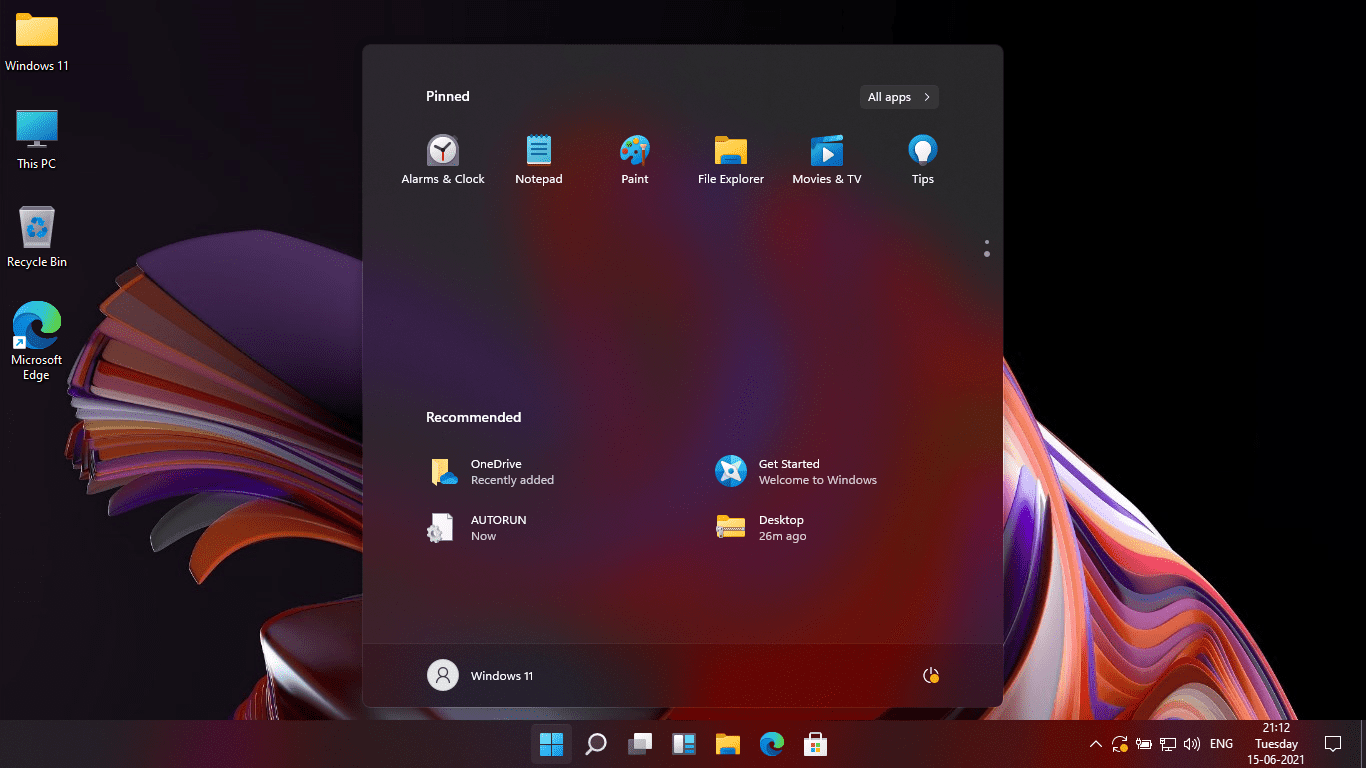 According to screenshots of Windows 11 shared by people who managed to get hold of a copy of the ISO file, the biggest change is coming to the Start menu — and this is similar to Chrome OS. Microsoft has moved the app icons to the centre of the taskbar and a new Start button, clicking on which opens a pop-up that reveals more applications and services you have installed on your PC.

The tray area looks cleaner than before in what may be a simple way to access some functionalities directly from the taskbar. There is also a new Windows 11 boot animation and a startup sound to welcome you.

For what it is worth, Windows 11 does feel like a new operating system because of how old Windows 10 has become now. This leaked Windows 11 ISO does ruin Microsoft’s surprise, but there are still several things that are not quite available and that is what the event is for. Microsoft will also announce the Windows 11 Insider programme at the June 24 event, before the stable release takes place later this year. The Microsoft event starts at 8.30 pm IST on June 24.