The decision to purchase a laptop or a desktop computer that is appropriate for their profession or study is a difficult one for everyone. Check over both the positives and downsides of each option before making your decision.

You will be judged and bailed out of this position based on a comprehensive list of criteria that we have created for you. All right, let’s get this ball rolling!

Laptop vs Desktop: Which One Should I Buy In 2022?

Below is a detailed comparison of the internal and exterior qualities of a laptop and a desktop computer to help you get your thoughts in order. 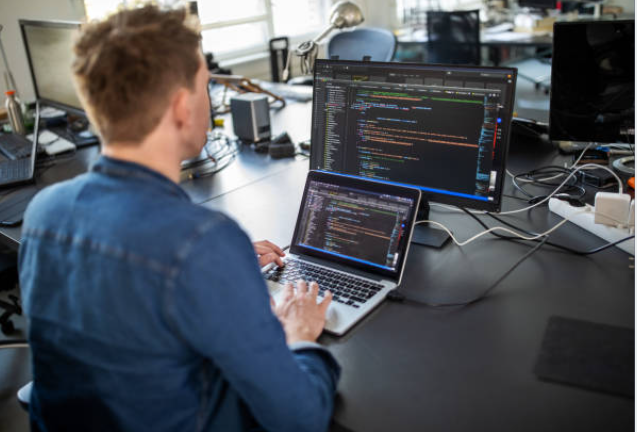 Let’s take a look at what’s going on.

Due to the fact that laptops don’t provide a healthy work posture, they might have an adverse effect on your health overall. When using a laptop, you’re more likely to be leaned over and less likely to be productive than when using a desktop.

An external keyboard and monitor may simply be used to remedy this problem, as well as a dock station.

Desktops provide a more natural and comfortable working posture. The display is still at eye level. The monitor, keyboard, and mouse on a desktop computer may all be moved to a position that is more comfortable for the user.

It’s not uncommon for laptops to cost more than their desktop counterparts. For the simple reason that miniaturizing a computer’s components is more expensive than doing it on a desktop.

Compared to a desktop, a laptop is significantly more prone to hardware failure due to the intricacy of miniaturized technology, making it more costly to replace or repair a laptop.

Internet connections for laptops and desktops might be the same. Both have no effect on the speed of the Internet.

Today’s laptops have the benefit of being considerably more mobile and portable thanks to Wifi technology, making it easier to move them nearer to an internet connection point.

In terms of external ports, both laptops and desktops have the same options. The more ports a laptop has, the better it is able to compete with a desktop.

Laptops have been built from the ground up to handle far smaller and more complicated components than a traditional desktop computer. Because of this, updating and personalizing your laptop is much more complex, and in some cases impossible.

In order to customize, update, and repair your desktop, you’ll have a lot more room and component options with a desktop from many manufacturers.

Laptops range in weight from 4 to 8 pounds. Because of their lightweight, ultrabooks and notebooks are becoming more popular. With 8 to 10″ screens, NoteBooks are the smallest form factor of a laptop.

It’s not uncommon for these devices to be used mostly for web surfing and other simple office chores. However, ultrabooks lie between 11″ and 13″ and may equal the capabilities of many current desktops and laptops.

In terms of portability, a typical desktop computer weighs around 25 pounds. If you need to continue working at your business or school while away from home, you may utilize an external storage device to transfer your files and documents to another computer.

There are laptops on the market now that can run almost every program used by any subject of study. Desktops provide superior performance at a cheaper cost and more dependability.

Miniaturizing technology isn’t as dependable as a standard PC. Due to the restricted space available for components, laptops are more susceptible to heat damage, resulting in fewer performing components being employed.

Even the greatest laptops on the market today can’t always match a desktop’s performance. Computer servers and video editing are instances of intensive numerical analysis.

If you need to undertake picture editing or any other sort of design work on a laptop, you will need to get an external mouse.

Due to the restricted component space. Laptops create greater heat, which wears out their components over time. Because laptops are portable, they are more prone to damage than desktops.

A desktop has greater room and hence better ventilation to keep its components intact. For this reason, a desktop will often outlast a laptop.

Changing faulty components on a desktop is significantly easier than on a laptop. It is frequently swappable. Repairing a laptop needs significantly more difficult operations.

Repairing and replacing a desktop component costs substantially less than a laptop. A desktop motherboard can typically be repaired, whereas a laptop’s motherboard is usually irreparable.

Above, we analyzed or compared all of the most critical aspects of laptops and desktops. For a clear winner, we’d go with the desktop.

As individual needs and preferences differ, it’s important to choose something that works for you. Thank you for taking the time to read this.