It’s easy to become confused about what you need in a TV, home theatre system, or speakers if you haven’t upgraded in a while. HDCP 2.2 compliance is a crucial factor to think about when assembling a home cinema.

It may be easy to dismiss it as just another meaningless acronym. To be sure, in this instance, it is crucial.

In this piece, we’ll define HDCP 2.2 and discuss why it’s so important for your home entertainment gear to communicate with one another.

You’ll also get insight into the problems and mistakes that might arise in various HDCP implementations.

There are several hazards that unsuspecting shoppers encounter while looking for new equipment, and you will learn how to sidestep them.

Although HDCP version 2.3 was released in 2018, several manufacturers have been reluctant to switch from the more widely used HDCP 2.2 standard.

In a word, HDCP was developed to stop the piracy and unlawful possession of copyrighted Blu-ray and 4K UHD material. 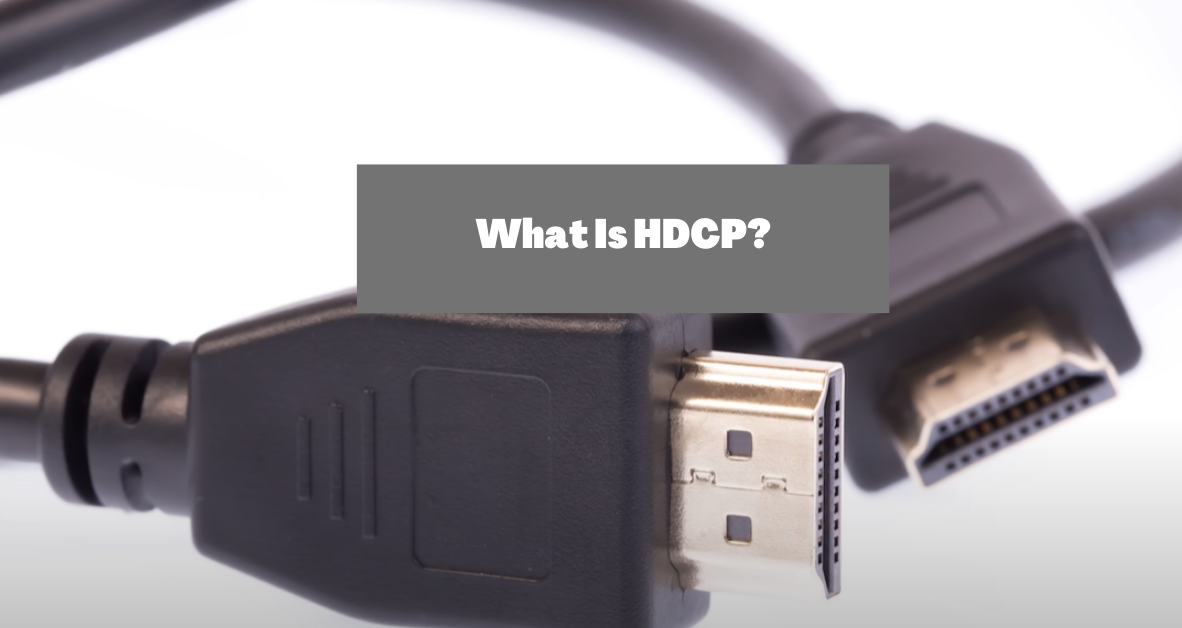 Devices started providing more robust 4K HD Ultra protection with HDCP version 2.2 in 2013. Copy protection has been around for decades.

Consumers, rather than pirates, have suffered the most from HDCP’s shortcomings. One kind of HDCP mistake that may occur is discussed below.

In order to clarify:

As a consumer, you don’t require HDCP. Unfortunately, we are dragged along with whatever the content makers and manufacturers decide to do. VHS cassettes, the first home video format, introduced copy prevention.

Simply said, HDCP is just the most recent iteration of the standard. HDCP employs a “digital handshake,” albeit this has been implemented differently in each iteration.

This made sure that every component in your setup, from the TV to the receiver to the Blu-ray player, has the necessary decryption keys to play the material in question.

It would be impossible to view anything other than a blank screen or digital snow if even one link in the chain did not have the necessary encryption key.

Unfortunately, versions 1.4 and 2.0 were hacked shortly, making their encryption useless, as is the case with most copy-protection methods.

Intel, a key player in HDCP encryption, has improved the algorithm after each setback.

Because of this, manufacturers were compelled to update their hardware to stay up, such as by launching newer models of televisions, radios, Blu-ray players, and soundbars with the improved algorithm.

HDCP required a license agreement that all manufacturers sign, and it had several specifics:

So, how exactly does HDCP 2.2 function?

Like its predecessor, version 2.2 employs a safe method to begin a connection (or “handshake”). There are three steps necessary before a device may access the material.

In the first stage, authentication, a receiver’s legitimacy is established by a series of checks (locality, session key exchange, and authentication with the repeater).

Following authorization, the sent keys are used to decode the data. In the third step, the device is identified and the HDCP transmission is terminated if it includes malicious data.

The goal of this procedure is to allow material to be received by any trusted device that supports HDCP version 2.2.

To make it more difficult for pirates to duplicate material, the connection is severed if the protocol detects any deviation from the predetermined conditions. It might be challenging for frequent clients as well.

Initial difficulties with HDCP 2.0 and 2.1 were not the only ones encountered. One prevalent problem occurred when the pairing procedure failed, which resulted in incompatible encryption and decryption.

The key may be compromised if the input settings were such that a duplicate pairing procedure could be performed, and the key extracted.

It was for this reason that version 2.2 was created. However, because of how the issue was fixed, the new version is incompatible with older models of receivers.

Much older 4K TVs did not have the hardware to handle HDCP 2.2, which is why many of them cannot play 4K content.

Many customers were dissatisfied when their brand-new 4K televisions couldn’t be utilized with their existing equipment.

Since games often swap keys and encode and decode data, players may also experience delays. This became apparent to me as I was capturing and streaming video gameplay.

There have also been issues discovered if you want to connect many devices simultaneously. Because of the HDCP’s ability to generate several keys, connecting multiple devices might be difficult.

Is HDCP 2.2 Support Available on My Device?

There are a few simple tests you can do to determine whether or not the HDMI inputs on your device support HDCP 2.2.

You should first consult the manual or online specifications for your specific model. Some HDMI ports on your TV may be labeled to show that they are HDCP 2.2 compliant.

The label may be located on a separate container that is cabled to the gadget.

When searching for the HDCP label, there are three common configurations you’ll encounter:

1. One HDMI input: On most inputs, the label will run across the top.

2. Several inputs: The label appears either next to each input or across all of those that are usable.

3. Everyone fits in perfectly: Read the manual carefully to make sure it’s compatible with your device since it may or may not say so.

There were going to be compatibility difficulties given that HDCP alters the ways in which material may be exchanged between brands.

Customers must exercise caution when selecting a make and model to ensure that it works with their existing media center setup. In your quest for our next advancement, keep these things in mind to keep your sanity.

Be sure the product you’re looking to purchase is compatible with the HDCP version you require by doing some background research and testing.

Instead of going to a “big-box” retailer like Walmart or Target, you should look for an electronics specialty shop. If you need information, ask one of their employees; they’re generally the most informed and reliable source.

When feasible, always buy from well-known brands. As HDCP certification is performed via a licensing agreement, it is regrettably more expensive for smaller businesses to pursue.

Because of the added expense, many people opt out of HDCP certification.

Conclusion: What Is HDCP?

It is essential to ensure HDCP compatibility while searching for a new home theatre setup, particularly if you want to watch a 4K video.

If you don’t, you can find yourself looking at nothing instead of your movie. If you do your homework before making any HDCP-enabled purchases, you won’t have too much trouble.

A consensus has been reached in the industry to use HDCP 2.2, even though it is an older version. If you have a set of suitable devices, 4K videos will be available to you for the foreseeable future.