The word “ultrabook” may seem familiar if you’ve been doing any research on new laptops. Yet, what exactly is an ultrabook?

In this article, you will learn everything about ultrabooks, such as what they are, how they vary from laptops and notebooks, and where to get one.

What exactly is an Ultrabook?

Intel’s unique concept that laptops should be 1 inch thick or less without sacrificing their performance owing to cutting-edge technology resulted in the development of the Ultrabook, which is not a brand but rather a technique.

The ultrabook has been well-known and widely used due to its lightweight design and powerful performance.

Looking back, ultrabooks were initially presented in 2011 according to Intel’s specifications; they are very quick laptops due to their use of Intel’s “Sandy Bridge” CPU, SSD, and often 4GB RAM. 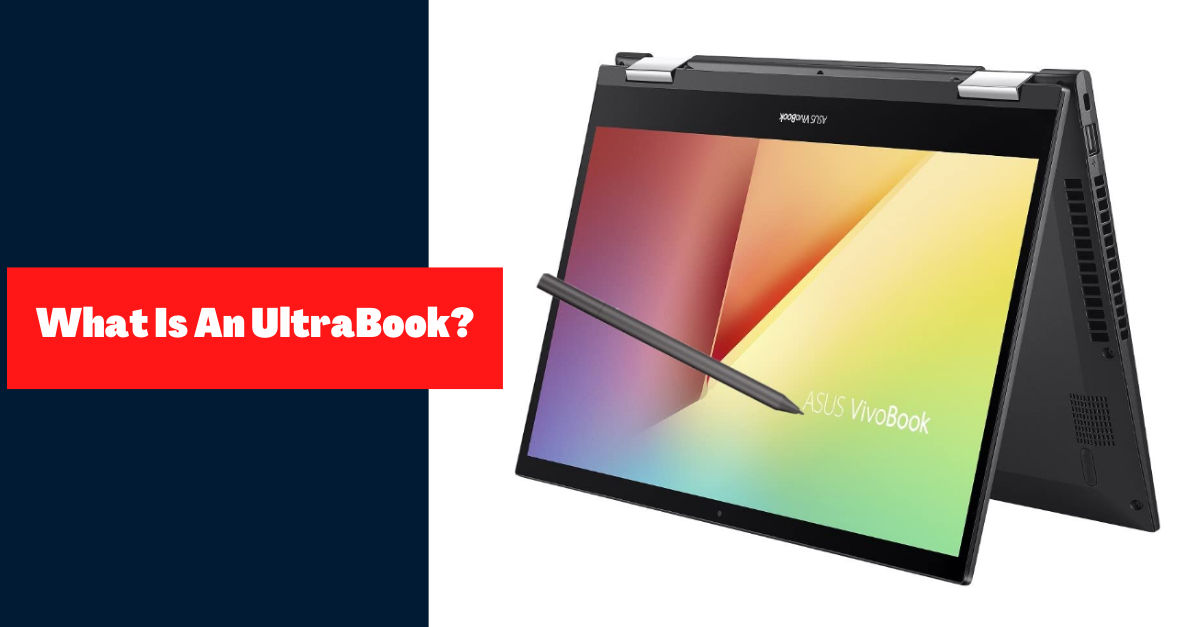 Unlike when they were first introduced, modern ultrabooks can hold their own against high-end laptops in terms of performance, storage, and display.

There have been significant advancements in ultrabooks since then.

Thinner laptops often lack an optical drive, but who still makes use of such, anyway? Whether you’re in the market for a laptop, however, it’s a good idea to see if it qualifies as an ultrabook.

For whom are ultrabooks ideal?

Ultrabooks are made for those who want a portable computer but don’t want to sacrifice portability or battery life.

If you do a lot of traveling for business and need a computer that can do basic functions like browsing the web, researching, and writing, then an ultrabook is a smart choice.

With today’s technology and the advancements made to ultrabooks, you can execute the aforementioned tasks just as effectively, although at a somewhat higher cost, on a high-end gaming laptop or desktop PC.

What Is the Price of an Ultrabook?

While the Intel-defined minimum for an ultrabook is $1000, actual prices might vary widely based on features and extras; for example, an Acer ultrabook will cost about $900, while a Samsung ultrabook would cost anywhere from $1100 to $1400.

The most expensive ultrabooks may cost up to $1500, but you should expect to pay closer to $1,000 for a midrange model.

Which features distinguish a notebook from an ultrabook or a laptop?

You might be excused for being confused if you’ve heard the phrases “ultrabook,” “notebook,” and “laptop” all thrown about in the same context.

We have established that an ultrabook is a laptop that is both thin and light without sacrificing performance or battery life.

You should also know that laptops (and by extension, ultrabooks, and notebooks) always have a clamshell design with a permanent keyboard. As a result, tablets like the Microsoft Surface Pro aren’t technically ultrabooks.

Unfortunately, there are no universally accepted standards for defining these categories, making this classification arbitrary.

While Intel was the pioneer in developing and manufacturing ultrabooks, several other companies now offer their own versions of the device with a broad range of processing options.

If you’re interested in learning more about the features we appreciated on each of these machines and locating the links to our comprehensive evaluations, check out our rundown of the top ultrabooks.

Ultrabooks: A Alternative to Apple’s MacBooks

In addition, MacBooks have developed a notoriety for being very expensive. Although Ultrabooks are marketed as luxury computers, their price point is intended to be lower than that of a MacBook.

The majority of Ultrabooks can be purchased for approximately $1,000. Even while it’s not exactly inexpensive, this is a far more feasible financial option than purchasing a MacBook or MacBook Pro.

Ever since they were first introduced, Ultrabooks have evolved into much more than “simple” Windows-based alternatives to laptops like MacBooks.

They demonstrated how it is possible to have a fantastically powerful Windows system that is both small and light in design, has a good build quality, and has all of the most recent capabilities as standard equipment.

If you are able to fit the cost of an Ultrabook into your budget, you will be able to rest certain that you will be receiving a beautiful and speedy laptop that is thin, light, and robust, with a battery that should last you through the whole workday if you decide to get one.

Conclusion: What Is An UltraBook?

To summarise, laptops have been undergoing fast and continuous development in tandem with the changes in our lives.