In recent news, there has been a great deal of debate over which cryptocurrency is better: Bitcoin or Tron? While both have their merits, it can be difficult to determine which is the better option for investors and users. In this blog post, we will explore the key differences between these two cryptocurrencies in an effort to help you decide which is best for you.

The issuance, circulation, and trading of digital assets based on the protocol are all performed on a decentralized autonomous exchange within the ecosystem.

Bitcoin, on the other hand, is a cryptocurrency and a payment system, first proposed by an anonymous person or group of people under the name Satoshi Nakamoto in 2008.

First, Bitcoin is more widely accepted and trusted than Tron, as it has been around for longer. Second, Bitcoin has a more established infrastructure, with more wallets, exchanges, and merchant support.

Finally, the Bitcoin network is more secure, due to its higher hashrate and longer history.

So, while Tron may have some advantages over Bitcoin, in the end, Bitcoin is still the better investment.

Some of the key features of Tron include:

– Decentralized: This means that there is no central authority controlling the platform. Instead, it is governed by its users.

– Smart contracts: Tron supports smart contracts, which are programs that can automatically execute transactions. This enables developers to create decentralized applications (DApps) on the Tron network.

– High scalability: Tron is designed to be highly scalable. It can handle large amounts of data and transactions.

– Fast transactions: Tron can process transactions quickly. This is due to its use of delegated proof of stake (DPoS) consensus algorithm.

– Economic incentives: Tron provides economic incentives for content creators and users. These include rewards for creating and sharing content, as well as for participating in the platform’s governance.

Advantages of Tron Over Bitcoin

There are a number of advantages that Tron has over Bitcoin, which make it a more attractive option for those looking to invest in cryptocurrencies.

First, Tron is much faster than Bitcoin. Transactions on the Tron network can be confirmed in just a few seconds, whereas it can take up to 10 minutes for a Bitcoin transaction to be confirmed. 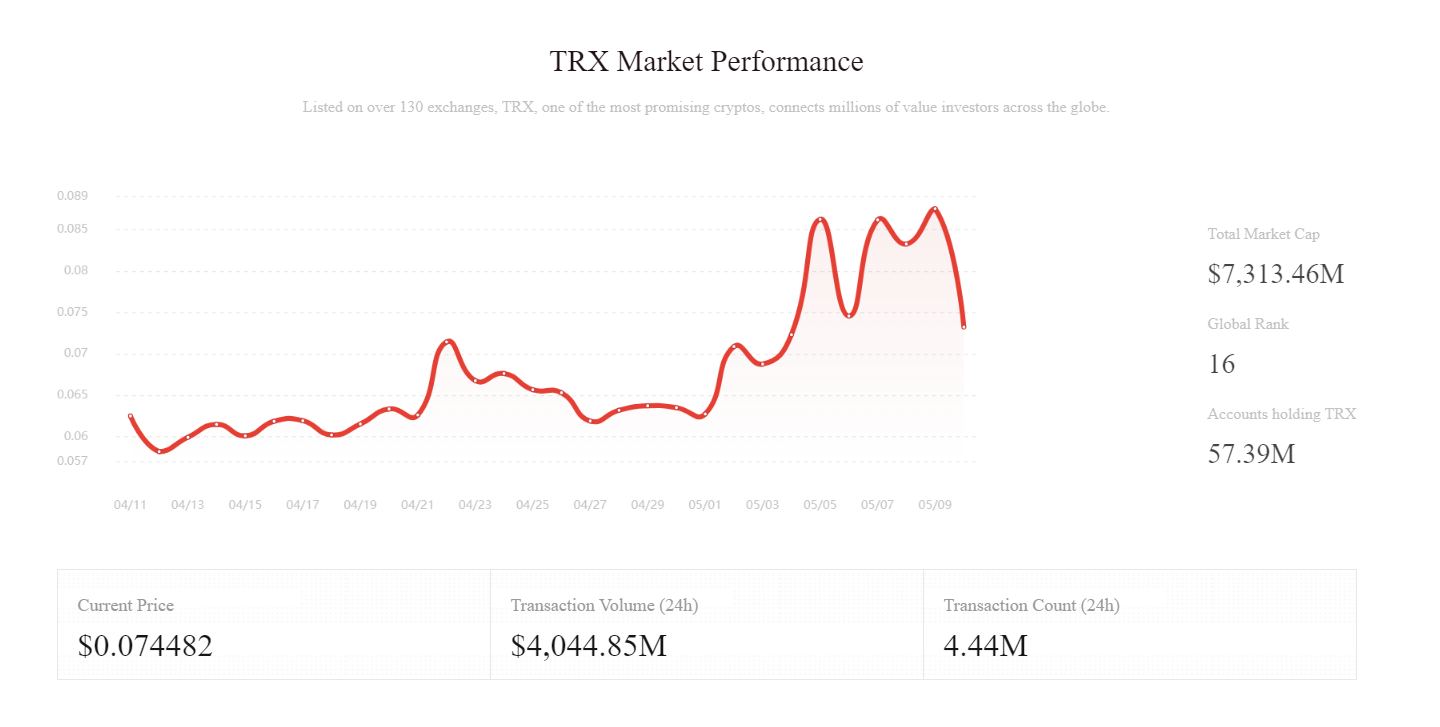 Second, Tron has lower transaction fees than Bitcoin. When you make a transaction on the Tron network, you only need to pay a small fee of around 0.00001 TRX. Compare this to Bitcoin, where the average transaction fee is currently around $2.

Third, Tron is more scalable than Bitcoin. The Tron network can handle thousands of transactions per second, whereas the Bitcoin network can only handle around 7.

Fourth, There are currently over 100 million TRX tokens in circulation, which are held by people all over the world. Compare this to Bitcoin, which is controlled by a small number of large investors.

Finally, Tron has a brighter future than Bitcoin. The Tron Foundation is constantly working on new features and improvements to the Tron network, which will make it even more attractive to users in the future. Bitcoin, on the other hand, has been stagnant for years and doesn’t seem to be going anywhere.

Disadvantages of Tron Over Bitcoin-

The Tron network offers several advantages to content creators and users. First, it is decentralized, meaning that there is no central authority controlling the platform.

This means that it uses less energy than traditional centralized platforms, making it more environmentally friendly. Finally, the Tron foundation has a strong team of developers and a large community of users and supporters.

This gives the Tron project a bright future and makes it an attractive option for content creators and users alike.

If you’re a content creator, the Tron network can offer you a number of advantages. First, you’ll have more control over your content. Second, you’ll be able to share your content more freely without censorship.

And finally, the Tron foundation has a strong team of developers and a large community of users and supporters. This gives the Tron project a bright future and makes it an attractive option for content creators and users alike.

Should I Invest in Tron?

Tron has its own cryptocurrency, called Tronix (TRX). TRX can be used to pay for transactions on the Tron network. It can also be traded on cryptocurrency exchanges.

Investing in Tron is a risky investment. The platform is still in development and has not been tested by a large number of users. The price of TRX is also highly volatile.

Before investing in Tron, you should do your own research and seek professional financial advice.

Tron has its own cryptocurrency, called Tronix (TRX), which can be used to pay for transactions on the network. TRX can also be traded on cryptocurrency exchanges.

The platform is still in development and has not been tested by a large number of users. The price of TRX is also highly volatile. Before investing in Tron, you should do your own research and seek professional financial advice.

Where to Buy Tron?

TRON has a wide variety of use cases, from content sharing and social media to gaming and entertainment.TRON also provides developers with the tools they need to create their own tokens and launch their own ICOs.

TRON is traded on a number of exchanges, including Binance, Upbit, and Kucoin. You can also buy TRON with fiat currencies like USD, EUR, and GBP on certain exchanges.

If you’re looking to buy TRON, you’ve come to the right place. In this guide, we’ll show you how and where to buy TRON.