Many iOS users depend on third-party app stores. Are you one of them? I’ve compiled the best alternative app stores for iOS specifically for you.

The majority of the apps on the list do not require a jailbreak. You can easily download any official and unofficial iOS applications for free from these third-party iOS app stores.

iOS development services never stop surprising their customers with new applications. The iPhone and iPad app stores make it simple to find, install, and manage apps and updates all in one place.

However, the restricted or unofficial app cannot be downloaded from the app store. Furthermore, the majority of the apps are premium, and you must pay for them.

Installing third-party app stores for iOS is required to remove such restrictions. And how will you accomplish this? This article addresses all of your concerns.

Apps from other sources cannot be installed on iOS. An iOS app can only be installed outside of the App Store using a developer account.

So, here is my list of the most reliable third-party app.

With over 15K active daily users, BuildStore is the most popular third-party tweaked app store.

Since 2013, the first-ever signing service allowed tweaked apps and games to be sideloaded without jailbreaking an iOS device.

Today, it is a safe and trustworthy store with over 300 constantly updated games and apps and 20-30 new ones added monthly. 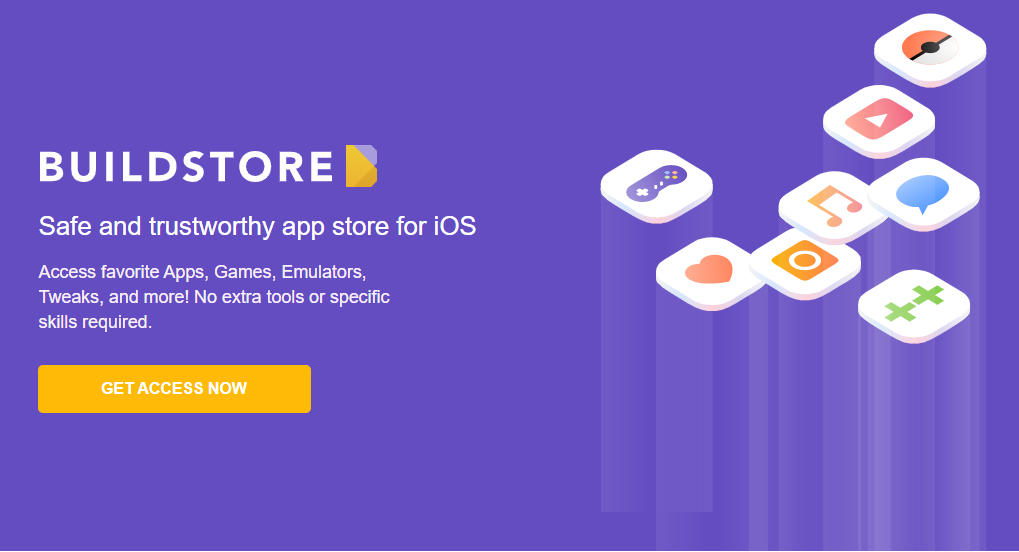 It is the only place to get some of these apps since they are not available on the official AppStore. The store does not host malware.

The store does not accept apps that contain viruses. Furthermore, all of the apps are manually tested. While using the BuildStore, it is nearly impossible to damage your device.

There is a lot of jailbreak-free 3rd-party tweaked app stores for iOS devices, but AltStore is one of the best.

AltStore is one of the best third-party iOS app stores, allowing you to install .ipa files from any app or game that is not available on the Apple App Store. 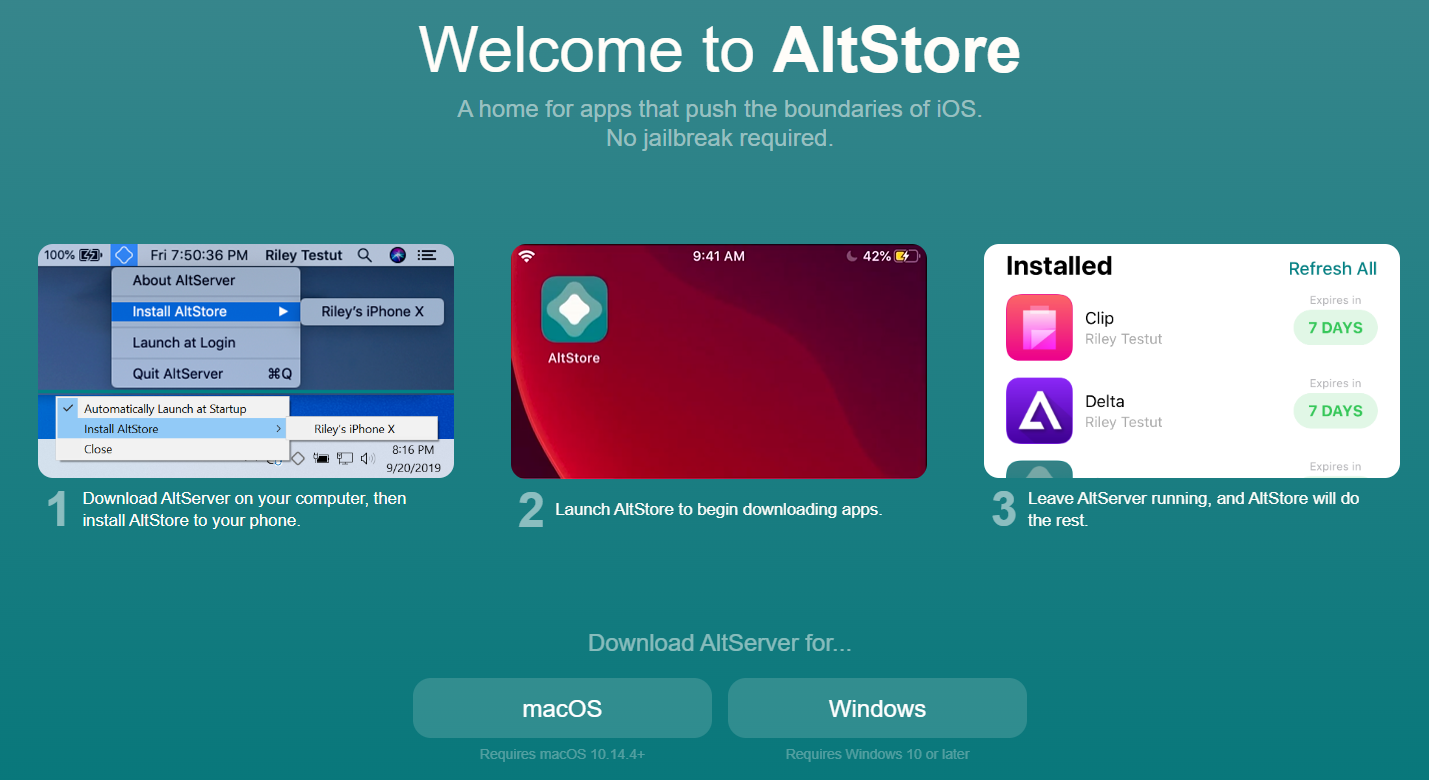 Riley Testut is the creator of Altstore. There are currently only a few apps supported, but more will be added soon.

You can also use AltStore to download IPA files and install them on your own. AltStore will not function unless users download the AltServer.

It also necessitates advanced knowledge of firewall and Wi-Fi configurations. To install and update applications, AltStore also requires a Wi-Fi connection. You can also get a PS2 emulator for iOS from AltStore.

EonHub is yet another excellent third-party app store for iOS that jailbreakers use as an alternative method of installing unofficial apps and games.

This app can also be used as an alternative to the iOS app store. Over a thousand mobile apps and games are available for free on EonHub, including apps that are unsigned, tweaks, and more. 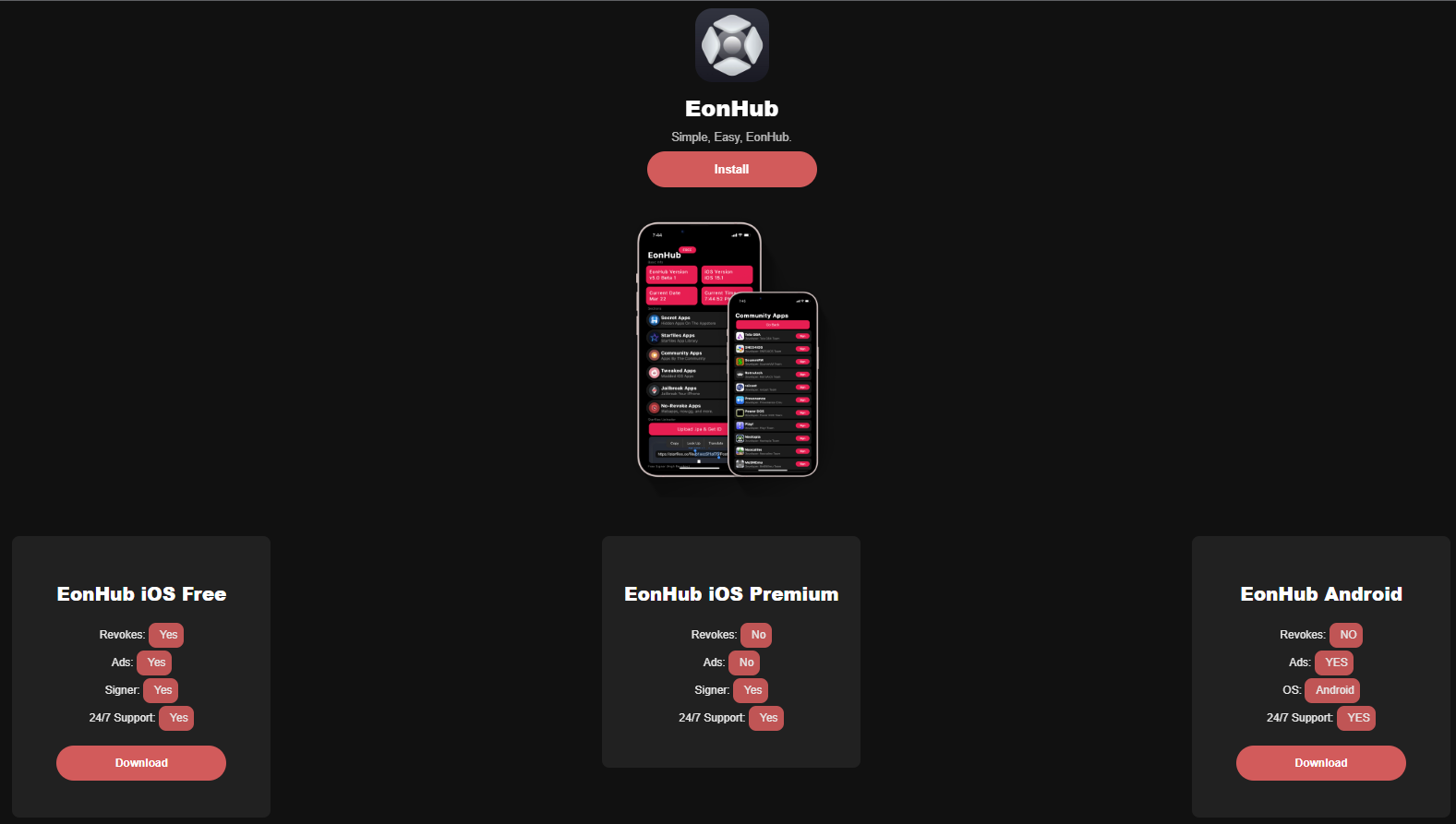 For this store to work, your iPhone does not need to be jailbroken. Despite its straightforward user interface, EonHub is regularly updated with new content.

EonHub is one of the simplest ways to install third-party content, requiring no jailbreak or installation.

CokerNutX is a relatively new third-party iOS app store. Thousands of third-party and unofficial apps, games, settings, and other items can be found here.

Unlike the official app store, there is no need to sign in with your Apple ID to install CokernutX, and there are no geographical restrictions on app downloads.

CokerNutX is one of the best iOS app stores, allowing you to download thousands of apps, games, and other items. CokerNutX’s User Interface is simple to use.

Please keep in mind that a jailbreak is not required to use this app, so you can use it without jailbreaking your device.

It is free and supports all iOS versions, including iOS 13.

Cydia is one of the best iOS third-party app stores. Jailbreaking was once the only way to install the Cydia app on Apple devices.

However, jailbreaking is no longer the only way to get Cydia. Cydia can be downloaded in a variety of ways. It is compatible with all iDevice models and all iOS versions. 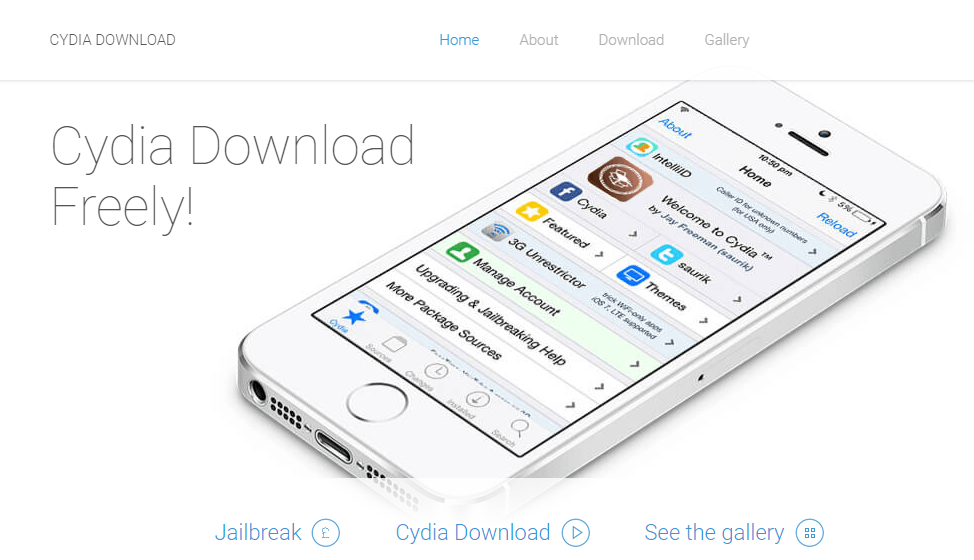 The simple user interface makes it easier for new users to use. It is compatible with the majority of jailbroken devices. Cydia installation is much easier than eating a piece of cake.

If you don’t like Apple’s App Store, you can use a third-party app store like Xabsi. It is compatible with all current iOS and Apple devices.

As a replacement for the Apple App Store, this app is available in 32-bit and 64-bit versions.

Xabi also includes thousands of apps that are not available in the Apple App Store.

Please keep in mind that using this third-party app store may necessitate jailbreaking your device.

In terms of third-party apps for iOS, TweakBox is one of the best. The Apple App Store is not required to install modified apps with TweakBox.

An appealing design and easy-to-use interface make this app a great choice.

Unlike the official Apple app store, this app store offers a wide selection of apps and games.

Encrypted SSL is included with TweakBox. The apps and games on TweakBox are all free. iPads and iPhones are both compatible with it.

AppValley is the most recent alternative to Apple’s app store. Here you can get free apps, games, emulators, ringtones,  improvements, and much more for your iPhone or iPad.

Downloading any app or game from AppValley is risk-free. The app is updated on a regular basis. AppValley runs on iOS 13 without interfering with Apple’s new security features. 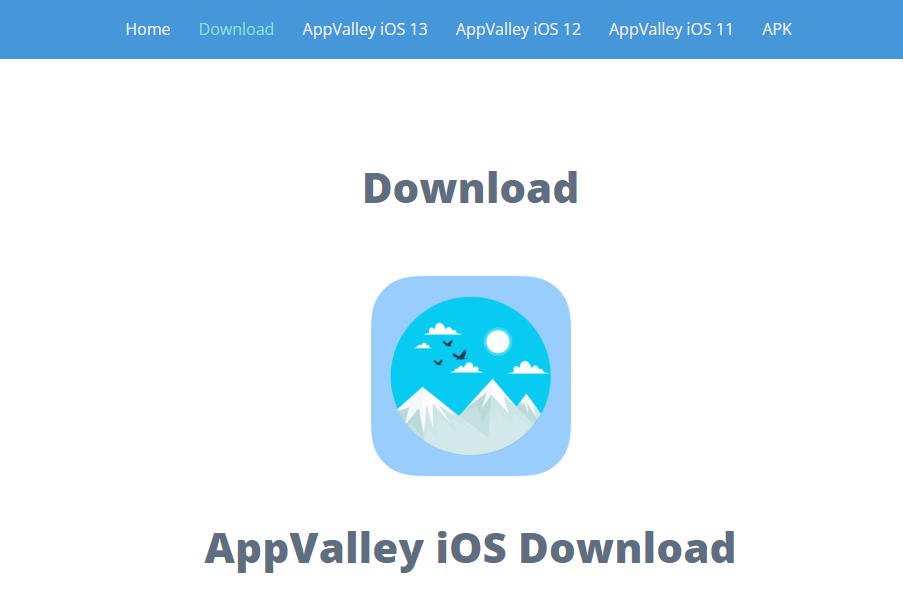 Downloading does not necessitate a jailbreak. This app store is only available on iOS. It means you can use App Valley without having to jailbreak your device.

This store contains millions of apps. Apps can be downloaded via the corporate client or the mobile version of the site. The main drawback of this iOS app store is the excessive advertising. 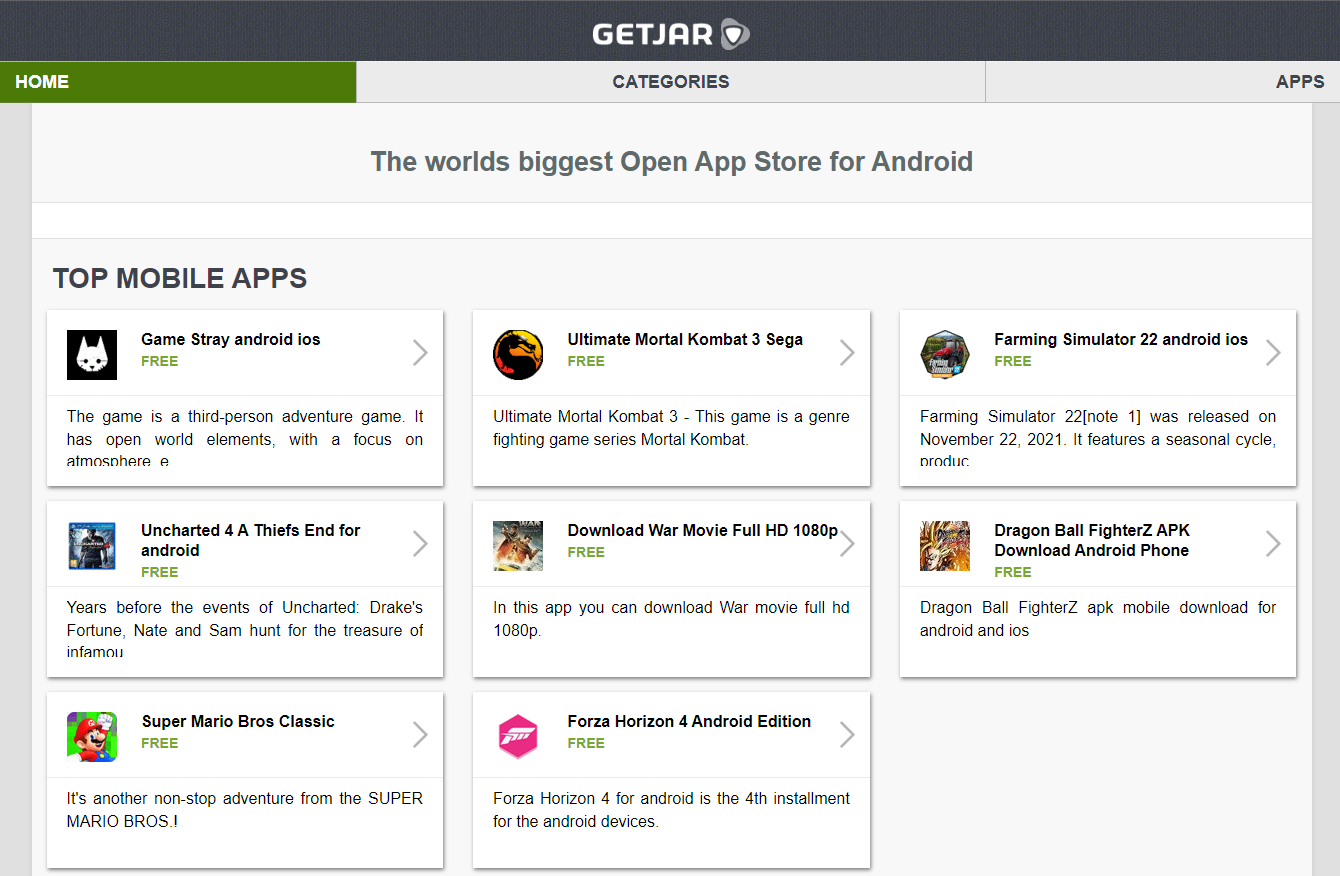 It is one of the best third-party app stores for iOS. With the Getjar app store, you can safely download the best games and apps for your iPhone.

It is one of the best iOS app stores. The iOS heaven website contains over tens of thousands of apps. These apps can be downloaded from the web browser or as an IPA archive. 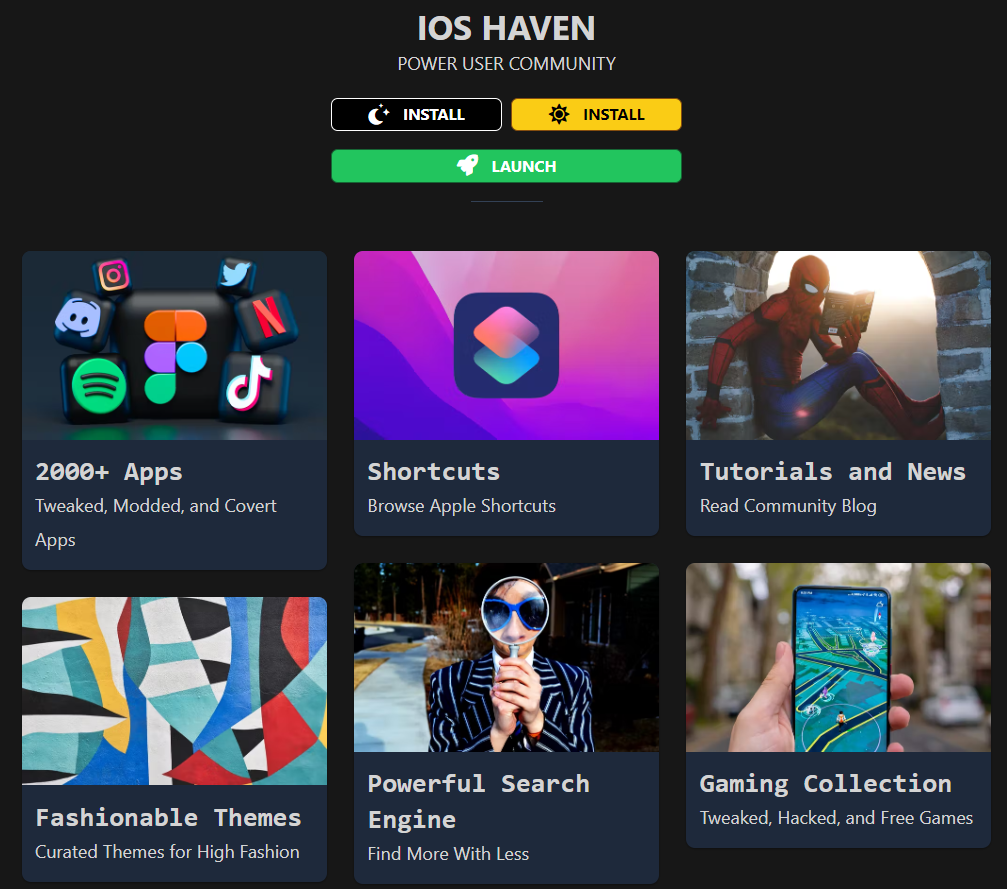 To use iOS heaven, you do not need to download any iOS store. All of the apps can be found on the iOS heaven website.

The following is a list of the best third-party app stores for iOS. You can get your favorite iOS app store from the list above and enjoy premium and expensive apps for free.

Learning Swift or any other programming language can also enable you to create your third-party app store for iOS. I hope this article has provided you with all of the information you require.

If you believe we have overlooked a third-party app store or want to share your favorite iOS app store, please leave a comment.