As of February 2018, the total market capitalization of cryptocurrencies is bigger than $700 billion and record high daily volume was over $20 billion.

Despite their current limitations, many people believe that cryptocurrencies represent an important step forward in money and payments technologies.

Whether they ultimately succeed as a form of money remains to be seen, but there is no doubt that cryptocurrencies have the potential to disrupt and transform the way we think about financial systems and value.

By the end of this post, you should have a basic understanding of cryptocurrency and its potential uses.

Cryptocurrencies are often compared to precious metals, such as gold or silver, as they have many of the same features: they are both scarce, portable, divisible, durable, and recognizable. But in some ways, they are even better.

For example, due to their decentralized nature and limited supply, cryptocurrencies can be traded directly peer-to-peer without the need for a trusted third party like a bank or credit card company.

The rapid growth of cryptocurrency has made it an increasingly attractive investment opportunity for both institutional and retail investors. However, there are also a number of risks associated with investing in cryptocurrency, such as market volatility, regulatory uncertainty, and the potential for fraud or theft.

A peer to peer network is a decentralized network architecture in which each node or user in the network can act as both a client and a server.

This type of network is often used in file sharing and other applications where users need to be able to share data and resources without relying on a central server. 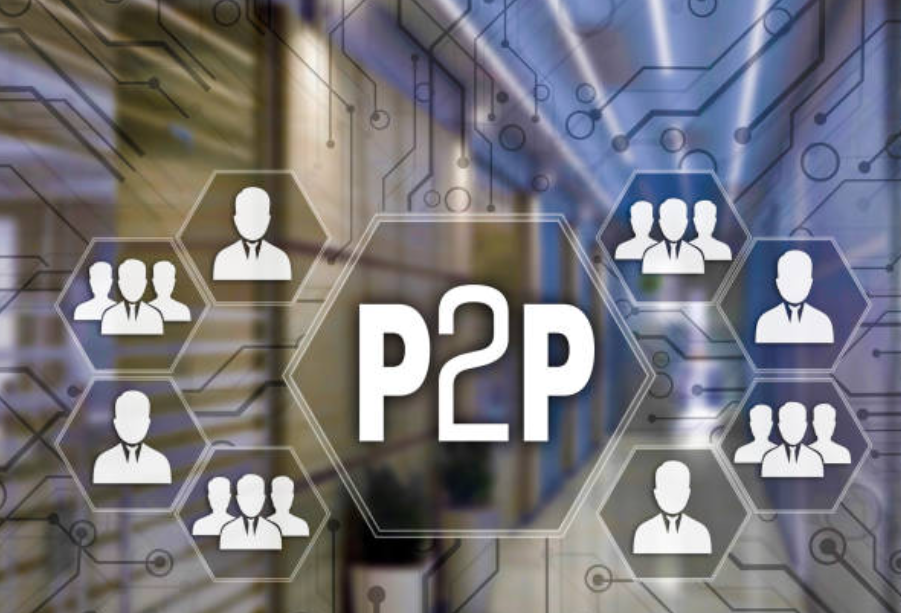 In some cases, these networks may even be used for illegal activities such as piracy or illicit file sharing and trading.

There are many advantages to using a peer-to-peer network. One advantage is that there is no single point of failure, so if one system goes down, the others can still function.

This can be important in applications where uptime is critical, such as in financial transactions or medical records.

Another advantage of peer-to-peer networks is that they can be very scalable. As more users join the network, the resources and capacity of the network increase. This can be important for applications that need to be able to handle a large number of users or a lot of data.

Finally, peer-to-peer networks can be very flexible. They can be easily customized to meet the specific needs of an application or user.

Cryptocurrencies offer a number of benefits that traditional currencies do not, making them an attractive choice for many people. Some of the key benefits of cryptocurrencies include their global availability, decentralized nature, and ease of use.

One of the main advantages to using cryptocurrencies is that they are available to people all around the world, not just in certain countries or regions. Cryptocurrencies like Bitcoin and Ethereum can be sent and received by anyone anywhere with an internet connection.

This makes them more accessible than traditional currencies that tend to be regulated by governments and banks, which only allows for transactions within certain borders.

Another benefit of cryptocurrencies is that they are decentralized, meaning there is no central authority managing or controlling the currency. This gives users more freedom and control over their funds.

Cryptocurrencies cannot be manipulated by any one person or entity, unlike traditional currencies that can be subject to political influences and economic fluctuations.

Furthermore, cryptocurrencies do not require the use of a bank or other third-party service to complete transactions.

By cutting out the middleman and removing the need for trust between parties, cryptocurrencies can make financial transactions cheaper, faster, and more secure.

Finally, cryptocurrencies are also very easy to use compared to traditional payment methods like credit cards. With cryptocurrencies there is no need to enter sensitive personal or financial information when making a transaction.

All you need is the recipient’s cryptocurrency address and you can send them payment instantly and securely. Overall, these benefits make cryptocurrencies an appealing choice for individuals and businesses alike.

If you’re like most people, you’ve probably heard of Bitcoin and cryptocurrency. You may even have a vague understanding of what they are and how they work. But when it comes to actually making money with cryptocurrency, most people are at a loss.

Cryptocurrency is, in essence, a digital or virtual currency that can be used to pay for goods and services. Unlike traditional currencies like dollars or euros, however, cryptocurrency isn’t issued by any government or central bank.

Instead, cryptocurrency is created by a process called “mining.”

Mining involves using high-powered computers to solve complex mathematical problems that, when solved, generate new currency units. Because solving these issues requires a great deal of computer processing power, mining can be quite difficult and time consuming – which means it’s not for everyone.

Cryptocurrencies have several important features that distinguish them from conventional currencies:

Cryptocurrencies are not issued by a central authority, such as a bank or government. Instead, they use peer-to-peer technology to operate without any intermediary.

Cryptocurrencies are stored on a decentralized ledger, which means that transaction records cannot be altered retroactively without changing the entire chain of blocks. This makes cryptocurrencies resistant to fraud and censorship.

Cryptocurrencies use cryptography to secure transactions and control the creation of new units. Bitcoin, for example, uses a proof-of-work system that makes it difficult for anyone to manipulate the currency.

Cryptocurrencies are designed to be anonymous and untraceable, which makes them popular among users who value privacy and security. However, this also means that they may be used by criminals for illegal activities such as money laundering or funding of terrorism.

Cryptocurrencies are much faster than traditional payment methods such as bank transfers or credit card payments. Bitcoin, for example, can be used to send and receive payments in just a few minutes.

Cryptocurrencies can be traded 24/7 since they are not tied to any country or region. This makes them much more convenient than fiat currencies, which are subject to government regulations and can only be traded during their respective business hours.

Conclusion- Some Basics Of Cryptocurrency 2022 How It Works ?

Cryptocurrencies are still in their early stages of development, and there is a lot of speculation surrounding them. However, as the market matures, we can expect to see more stability and mainstream use of cryptocurrencies.

For businesses looking to get into the cryptocurrency game, it’s important to understand the basics and how they work. We hope this article has provided you with a good foundation for understanding cryptocurrencies and their potential uses for your business.