Sandisk , which is now owned by Western Digital, has unveiled an new addition to its SD card series, the new SD card launched by Sandisk has the highest capacity yet in its category i.e 1TB. The new SD card named SanDisk 1TB Extreme PRO SDXC has been announced today, making it the most premium product in its category. 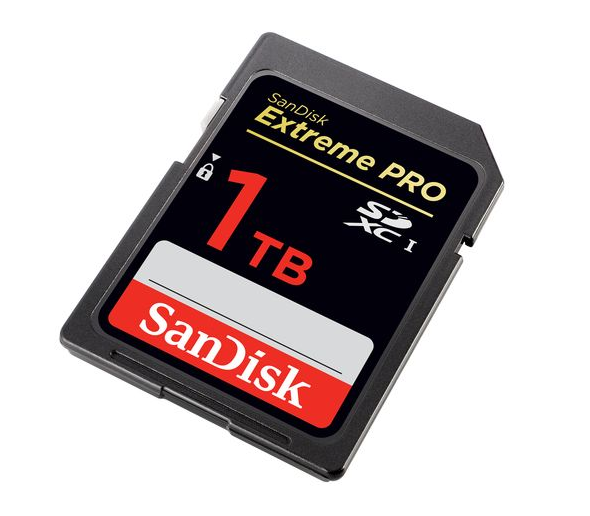 With this new high capacity SD card the company aims to attract buyers who are looking for a solution for 4K videos storage or storage for intensive tasks like virtual reality streaming, 360-degree video capture, etc. SanDisk’s previously launched 512 GB SD card was already there in the market, but the company has now taken a step forward and boosted the storage level to new extremes.

The prototype of the amazing SanDisk 1 TB SDXC card will be showcased at the Photokina event that is going on in Germany.Showcasing the most advanced imaging technologies is truly exciting for us,” said Dinesh Bahal, vice president, product management, Content Solutions Business Unit, Western Digital. “Sixteen years ago we introduced the first SanDisk 64MB SD™ card and today we are enabling capacities of 1TB. Over the years our goal has remained the same; continue to innovate and set the pace for the imaging industry. The SanDisk 1TB SD card prototype represents another significant achievement as growth of high-resolution content and capacity-intensive applications such as virtual reality, video surveillance and 360 video, are progressing at astounding rates.”