Videos of computer games have become immensely popular, with gamers sharing their skills and achievements as well as creating guides, playthroughs, and other types of content.

In fact, more and more people are watching videos of computer games, and there are even some who professionally create and publish video content of games.

Regardless of whether you want to quickly record a pivotal battle to share with your friends or create a walkthrough tutorial for a game – the first thing you need to be able to do is record in-game footage.

If you’ve tried conventional screen recorders you may have realized that they don’t cut it and either isn’t able to record in-game footage or are too bloated and slow down the game itself.

Admittedly there are quite a few specialized game recorders out there nowadays, but even the popular ones tend to be difficult to set up and technical in nature.

Rather than subjecting yourself to the steep learning curve that would be required to use them, there is an easier option: Movavi Game Recorder.

What is Movavi Game Recorder?

Over the years Movavi has launched several popular screen recorders, each of which specializes in certain tasks. As such it should be no surprise that they recently launched Movavi Game Recorder – a specialized software that is designed to record in-game videos. 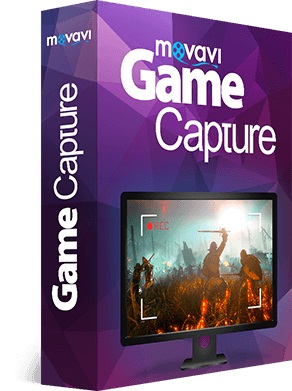 Just like all their other software, Movavi Game Recorder is designed with a heavy emphasis on the user experience.

The idea is to make it as intuitive and easy to use as possible so that anyone and everyone can pick it up and start to record in-game video footage regardless of how experienced or inexperienced they may be.

It is important to note that Movavi Game Recorder caters to gamers who just want to create (and maybe share) personal videos, as well as those looking to create more professional types of content.

In short it has an impressive set of features that ensure it is able to fulfill any and all of your needs when recording in-game videos.

Part of why Movavi Game Recorder is so appealing is the fact that it has a comprehensive set of features. However what arguably really sets it apart is its user experience that is really second to none.

Starting to record in-game footage with Movavi Game Recorder is easy and straightforward. Its clean interface is intuitive, and you can customize and adjust the video parameters easily depending on your needs. Once the parameters have been set up, you can start to record gameplay any time by just pressing the F10 key while you’re playing.

Because it is so easy to use, Movavi Game Recorder is perfect for anyone who doesn’t have an in-depth knowledge of video capture or the various technical settings that are involved. It will let you skip past all that, and focus on recording the in-game footage that you need.

With Movavi Game Recorder it is possible to record both in-game audio as well as audio from a microphone. The latter is important if you want to record a commentary while you play the game, or if you’re using any form of voice chat to talk to your team mates.

It is possible to also adjust the volume levels for both these options, and you can even save the audio as separate audio files to make it easier to edit them later on.

In the past, you’ve probably seen game videos that contain a window that shows footage from the player’s webcam. If you want you can now create the same kind of videos, by using Movavi Game Recorder to add an overlay that contains video from your webcam.

Not only can you add a window with your webcam footage, but you can also customize its size and position. In fact, Movavi Screen Recorder will even let you separately determine the resolution and frame rate of the video that your webcam records, so you can adjust its quality accordingly.

Unlike some other screen recorders that consume lots of system resources and can affect the performance of games, Movavi Game Recorder is light and optimized for recording games. It is possible to adjust the quality of the recording according to your needs, and your in-game performance shouldn’t be impacted too much by having it running in the background and recording footage.

After the recording is done you can take advantage of the presets in Movavi Game Recorder to save your video in the right format and settings. Its presets support numerous formats and include the option to automatically optimize your video for certain devices as well as platforms such as YouTube where you can share your videos.

Simply put you won’t have to worry about converting the video format to comply with the recommended settings of any platform, and can optimize your video in a single click.

As you can see Movavi Game Recorder stands out in many respects – most notably due to its blend of a simple approach as well as comprehensive features.

Its user-friendly nature sets it apart from most other recorders, especially considering the fact that its features are powerful enough that it compares favorably with them.

For any gamer looking to start recording videos of their games – it is an excellent way to start doing so due to its practically non-existent learning curve.

With Movavi Game Recorder you could start recording footage from your games almost immediately, without having to worry about anything else. In fact, it is safe to say that you’ll be able to create better and more impressive videos with it than most other options that you may have tried in the past.