When it comes to online advertising, there are a lot of moving pieces. Transactions need to be verified and recorded, ads need to be placed in the right spots, and payments need to be made quickly and securely.

Cryptocurrencies have the potential to revolutionize online advertising by making these processes faster, more secure, and more efficient. In this blog post, we’ll explore how cryptocurrencies work and how they could change the way we advertise online.

Hashes blockchain transactions using a time stamping scheme to trace the creation of new coins by distributing them in mathematical blocks over the network. Each block contains linked transaction blocks which are then hashed and time stamped into the

master block chain. This process confirms each transaction at its earliest point and ensures that it remains secure and tamper-proof.

The use of cryptocurrency is growing rapidly as more and more people are becoming aware of its potential benefits. Cryptocurrencies offer a unique opportunity to invest in an emerging asset class with high growth potential.

They also provide a way to hedge against inflation and protect your wealth from government seizure.

The first decentralized cryptocurrency, bitcoin, was created in 2009 by pseudonymous developer Satoshi Nakamoto. The concept here was to create a currency independent from any central authority, transferable electronically and more importantly with lower transaction fees than the existing fiat currencies.

Since then several cryptocurrencies have become available. All of them are variants of the bitcoin model with some modifications and additions.

Ethereum, for example, is a blockchain-based platform that allows developers to create smart contracts and decentralized applications (Dapps). In this way it goes beyond being just a cryptocurrency.

Advertising is any form of paid communication that aims to promote a product, service, or idea. It can take many different forms, including print ads, television commercials, online ads, and sponsored posts on social media.

Advertising is often created by agencies on behalf of their clients, which can be businesses, nonprofit organizations, or government entities.

Agencies work with clients to create ads that are compelling and effective, while staying within a set of strategic guidelines such as budget restrictions or brand messaging. 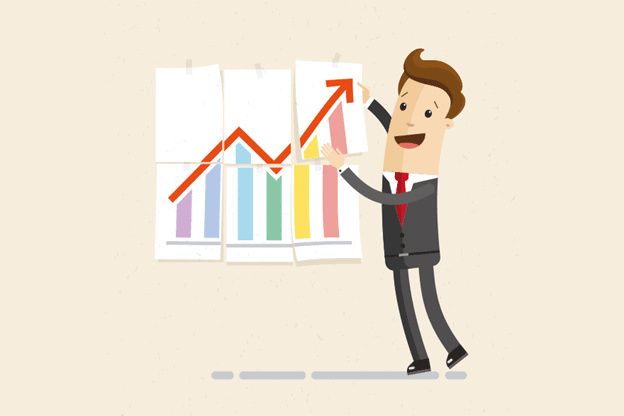 In addition to agencies, businesses also commonly have in-house marketing teams that develop advertising campaigns using various methods like print advertisements, radio ads, or online video commercials. This can include working with social media influencers to promote a product or service, creating print ads that appear in magazines or newspapers, and implementing search engine optimization (SEO) techniques on websites.

Advertising has been around for hundreds of years, and today it is an essential part of modern commerce. Whether you’re interested in creating your own ads or trying to assess the quality and intentions of an advertisement you encounter, it is an important part of understanding modern society and how we interact with businesses.

Cryptocurrencies have become increasingly popular in recent years. Many people use cryptocurrencies such as Bitcoin and Ethereum to conduct transactions online, while others hold them as investments.

Advertising is a major component of many businesses’ marketing strategies, but it is also controversial. Some people believe that advertising can be manipulative or misleading, especially when used for marketing purposes.

Some analysts believe that cryptocurrencies and digital advertising are a natural match, since they both use cutting-edge technology to improve efficiency. Others worry that cryptocurrency might be used for unethical marketing tactics, such as data mining or the spread of malware.

Regardless of these concerns, it seems likely that the two industries will continue to grow and expand in the coming years, as more and more businesses begin to use cryptocurrencies and digital advertising.

Which companies are promoting Cryptocurrency?

As one of the largest global advertising companies, Google is well positioned to take advantage of cryptocurrency. In June 2018, Google announced that they would begin allowing crypto-related ads on their platform again.

The new policy applies to both Bitcoin and Ethereum cryptocurrencies as well as blockchain technology businesses seeking advertising space on the world’s largest search engine.

Previously, Google had banned crypto ads altogether in an attempt to protect consumers from fraud. The new policy is a major shift that could have a significant impact on the cryptocurrency industry.

However, ads for initial coin offerings (ICOs) and binary options are still prohibited. The change in policy came after months of deliberations by Facebook’s internal team responsible for ad standards.

The team initially proposed a complete ban on cryptocurrency ads, but eventually decided to allow some limited content.

In 2014, Microsoft began allowing customers to use Bitcoin to purchase games and apps in the Windows and Xbox stores. The move was seen as a way to increase adoption of the cryptocurrency by making it more accessible to mainstream users.

Microsoft has since extended Bitcoin’s use to include donations and purchases made in the Microsoft online store.

Yahoo! Japan Corporation has partnered with a Japanese cryptocurrency exchange to allow users to pay utility bills and other services using virtual currency.

The company, which is owned jointly by Yahoo! Inc. and a Japanese company, is also involved in the crypto space through its 40 percent stake in a major cryptocurrency exchange.

Yahoo! Japan’s involvement with cryptocurrencies could be a test case for other companies considering similar partnerships.

Baidu Develops a Blockchain-Based “Super Chain” to Compete with Ethereum

Baidu, sometimes called the “Google of China,” is one of the country’s largest Internet companies. The company has been involved in blockchain technology since 2016 and has filed numerous patents related to the space.

In May 2018, Baidu announced the development of a “super chain” that reportedly rivals Ethereum in functionality. The company is currently working with other companies to secure investment and further develop the technology.

Tencent Holdings Ltd., which owns WeChat, China’s most popular messaging app, has also expanded into blockchain technology. In January 2018, it was announced that the company was partnering with the London Metal Exchange to develop a blockchain platform for industrial metal trading.

The move, which came after less than six months of development, sets Tencent apart from its competitors who are only now starting to enter the space.

Cryptocurrencies are a new and exciting technology that is quickly gaining popularity. As this trend continues to grow, it is important for advertisers to understand how this digital currency works and how it can be used to reach consumers.

We hope that this article has provided you with a basic understanding of cryptocurrencies and their potential use in advertising.