Budget smartphones have been ruling the smartphone market since quite some time. Buyers are even really to go through the annoying flash sales to buy their desired budget phones. But besides these budget phones there are also many smartphones available that are super affordable, yes, I am talking about smartphones under 5000 INR.

In this post I will be sharing a list of best smartphones under 5000 Rs. and thus make it easy for you to pick the one which you think is ideal for you and your budget. 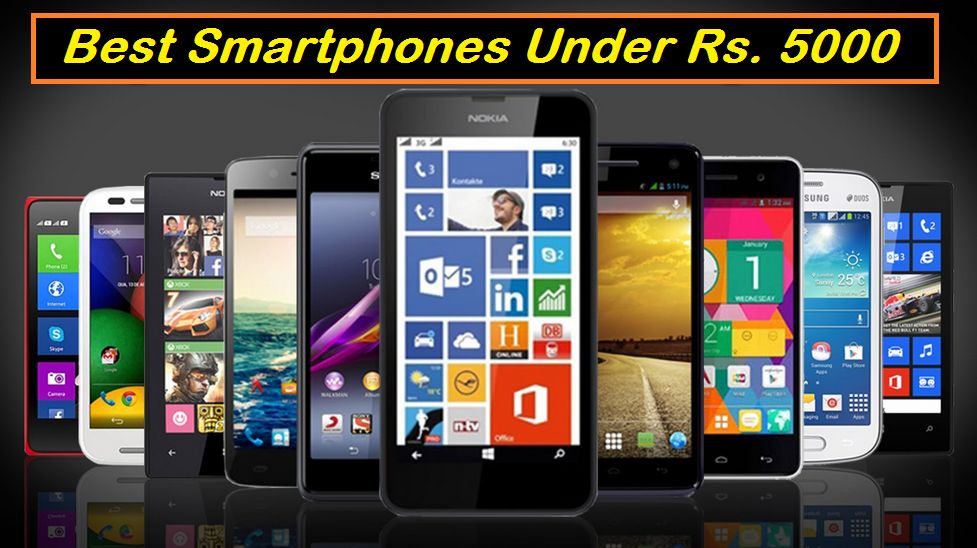 Lenovo A2010 is Lenovo’s latest budget smartphone, which comes at a great affordable price. This phone is exclusive to Flipkart.com and has not yet been launched. But seeing the coming soon tag on flipakrt listing, I can say that Lenovo A2010 will be launched within 1-2 weeks.

Talking about the specs, Lenovo A2010 boosts a 4.5 inch Capacitive FWVGA Display, which has  854 x 480 Pixels resolution. Other display features includes 2 point Multi-touch and Twisted Nematic Display. The phone is powered by 1 GHz MediaTek MT6735M 64-bit Quad Core Processor and is paired with 1 GB Ram. It comes with 8 GB of internal storage, which can further be expanded to 32 GB via microSD card. 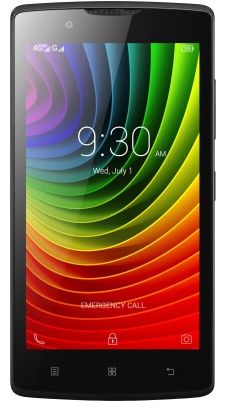 The devices packs a 5 MP rear fixed focus camera along with LED flash. And the rear camera is complemented with 2 MP Selfie camera. It runs on Android v5.1 Lollipop OS, out of the box and rocks on a 2000 mAh Li-Polymer battery. The phone comes with dual sim card slot and the best part is that it also support 4G LTE network with speed upto 150 Mbps HSDPA and 50 Mbps HSUPA.

Considering the price, the Lenovo A2010 is really an awesome deal, keeping in mind, it is probably the cheapest 4G smartphone available. Coming with 1 GB Ram, Quadcore processor and 8 GB storage, performance and storage should not really be an issue. Lenovo A2010 comes for an affordable price of Rs. 4990. Considering the value this phone offers for the price, you there shouldn’t be any specific cons to point out at this price point.

Canvas Spart is the latest addition to the Canvas family and is one of the most affordable member. The phone comes with some really cool specs on paper and is priced really well. It is exclusive to Snapdeal.com and can be purchased through flash sales.

The Canvas Spark packs a 4.7 inch IPS qHD Display with the resolution of 960 x 540 Pixels and comes with ARM Mali-400 GPU. The front panel is also protected with Gorilla glass 3. The phone is powered by 1.3 GHz MediaTek MT6582M Quad core Processor and is coupled with 1 GB DDR3 Ram. It comes with 8 GB of internal storage, which can further be expanded to 32 GB via microSD card.

It comes with 8 MP auto-focus rear camera with LED flash, and also a 2 MP fixed focus camera on the front. Other camera features includes Face beauty mode in Front and Rear Camera, Largan Lens and OV Sensor 8858. The smartphone runs on Android v5.0 Lollipop OS, out of the box and is equipped with 2000 mAh battery. The phone comes with dual sim card slot (micro) and includes HSPDA, Wi-fi, GPS etc as its connectivity options.

Mcirosmax Canvas Spark comes for an affordable price of Rs. 4,999 and is one of the best smartphone under 5000 rs.

Under the super budget smartphone we have new company Phicomm entering the market. Phicomm has recently launched is budget smartphone Phicomm Energy 653 4G having an amazing specs on paper. On paper, this phone beats every other smartphone under the price bracket of Rs. 5000.

The Energy 653G flaunts a 5 inch IPS HD Display with the resolution of 1280 x 720 Pixels and comes with anti-dazzle technology which is claimed to make it easier to view the screen in natural lighting. The phone is powered by 1.1 GHz Qualcomm MSM8909 quad core processor and packs 1GB RAM. It comes with 8 GB of internal storage, which can further be expanded to 64 GB via microSD card. 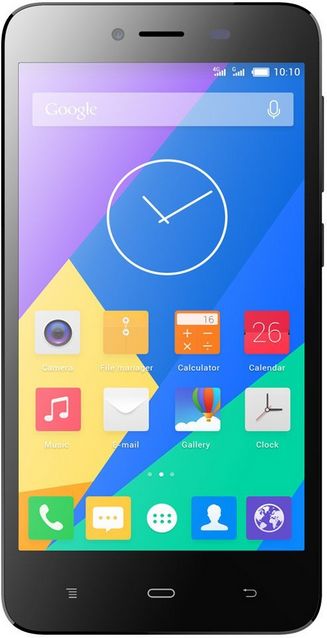 It comes with 8 MP auto-focus rear camera with F/2.4 Aperture, LED flash and also Backside Illumination Sensor. There is also a 2 MP front camera which also supports HD video calling. The smartphone runs on Android v5.1 Lollipop OS, out of the box and is equipped with 2300 mAh lithium-ion battery. The phone also supports dual sim and 4G LTE network.

Phicomm with its entry in Indian smartphone market has priced its Energy 653 4G really well. This phone is exclusive to Amazon.in and comes for a price of Rs. 4999.

Moto E 1st Gen comes from one of the most trusted brands, Motorola. This was probably one of the first budget smartphone that offered great value at its launch. The phone has great built quality and support from Motorola, pushing regular updates.

Moto E 1st Gen houses a 4.3 inch IPS qHD Display, which has 540 x 960 Pixels resolution and has a pixel density of 256 ppi. The front panel of the phone is protected by Corning Gorilla Glass 3, which helps to prevent scratches and damages. It also has an anti-smudge coating so the screen is not finger print magnet. The phone is powered by 1.2 GHz Qualcomm Snapdragon 200 A7 processor and comes with 1 GB Ram. It packs 4 GB of internal storage, with expandable storage option to 32 GB via microSD card. 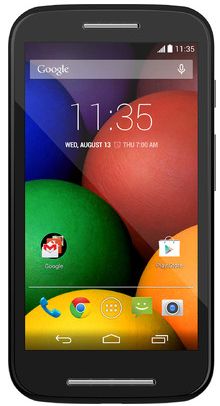 The smartphone sports a 5 MP primary camera which is capable of recording 720p videos. But the phone lacks LED flash and secondary camera which might be a deal breaker.  It runs on Android 4.4 Kitkat OS, out of the box and is juiced on a 1980 mAh Li-Ion battery. The phone also supports dual sim and includes Bluetooth 4.0, Wifi, 3G as its connectivity option.

Motorola Moto E 1st Gen comes for a price of Rs. 4999 and is available exclusively via Flipkart. Unfortunately, due to high demand the phone is current out of stock but flipkart says it’s coming soon with more stocks

The Huawei Honor Bee is one of the most affordable smartphone in the market. It comes with some good specs, which when compared to its price, seems a great deal. The phone is exclusive to flipkart and can be purchased directly (without any flash sales).

Huawei Honor Bee sports a 4.5 inch LCD Display which produces a resolution of 854 X 480 pixels, translating to a pixel density of 218 ppi and comes with Dual Core Mali-400. The phone is powered by 1.2 GHz Spreadtrum SC7731 Cortex-A7, Quad Core processor and comes with 1 GB Ram. It has 8 GB of internal storage, with expandable storage option to 32 GB via microSD card. 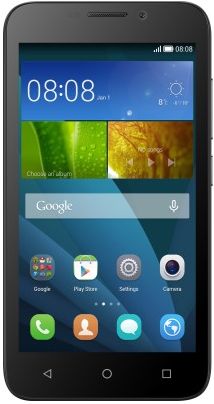 Huawei Honor Bee is priced at Rs. 4,499, which is comparatively cheaper than other. But it lacks some features such as Android Lollipop, Gorilla glass protection, 4G etc which can be found on its competitors.

Karbonn Titanium S200 HD comes from the popular Titanium series and is the latest budget smartphone from the company. Even at this price bracket the phone comes with some cool freebies for buyers which proves to be a really cool deal.

Karbonn Titanium S200 HD boost a 5 inch IPS HD Display which produces a resolution of 1280 X 720 pixels. The smartphone is powered by 1.2 Ghz SPC7731 Quad Core Processor which is assisted by 1 GB Ram. It packs 8 GB of internal memory and 32 GB expandable memory. 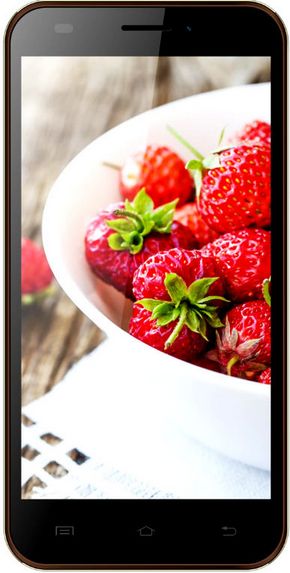 The smartphone sports an 8 MP autofocus rear camera with dual LED and also has a 3.2 MP front facing camera. The device runs on Android 4.4 Kitkat OS which is also upgradeable to Android 5.0 Lollipop and is equipped with a 2600 mAh Li-polymer. The phone also supports dual sim with  one sim supporting 3G while the other supporting 2G.

Karbonn Titanium S200 HD is priced at Rs. 4999 and is exclusively available to purchase via Snapdeal.

Mcirosoft Lumia 430 is the cheapest Windows phone available for Microsoft and is made for those who want to experience Windows Phone at a tight budget. Thought the phone does cannot compete with other Android phone in terms of specs but Lumia 430 is the ideal option for a cheap windows phone under 5000 INR. 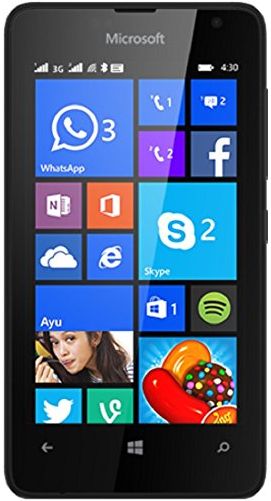 This affordable Windows phone comes for a price of Rs. 4,989 and can be purchased via various eCommerce stores.

This is a budget Android phone launched by Micromax in partnership with Google. So, this phone will get fast android update as it will be rolled out direct from Google. This is an ideal phone for those who want stock android experience at a budget price. 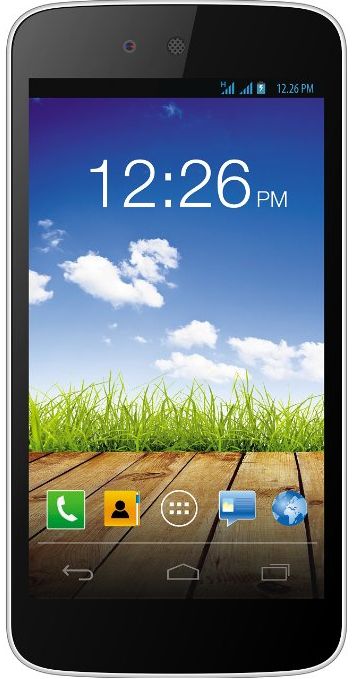 Micromax Canvas A1 is a dual-SIM Android KitKat handset with 4.5 inch FWVGA display. It packs a 1.3GHz quad core processor and a 1GB RAM. On camera it comes with a 5 MP back camera and a 2 MP front snapper. It packs a 1700 mAh battery and includes 2G/3G, Wi-Fi, Bluetooth, and USB. The phone is also upgradeable to latest version of Android i.e Android Lollipop.

Micromax Canvas A1 is priced at Rs Rs. 4,779 and can be purchased via various eCommerce stores.

This is the end of the list of best smartphones under 5000 INR. You can buy any of the above smartphone, which ever suits your needs the best. All these phone offers a great value for you price.

I have included my affiliate links (orange text), so if you plan to buy any of the above smartphones do consider buying from our link. It won’t charge you anything extra but it really does helps us to keeping producing content like these.

And do let me know which one is your favorite smartphone under Rs. 5000 and how is your experience with it.