After the popularity of the flagship killer, OnePlus One, last year, the smartphones category under sub Rs 25000 is much saturated. Major OEMs like Motorola, Asus etc are now are bringing down the price of their flagship smartphones to compete with new players like Xiaomi and OnePlus. And for this price these smartphones offers a complete bang for your bucks.

At Rs 25000 you can surely get a powerful smartphone, which will complete almost all the task you through at it. Today in this post I will be list down best smartphones under Rs 25,000, which will make it really easy for you to pick one as per your requirements.

OnePlus, a Chinese smartphone manufacturer which now has millions of fans for giving bang for buck smartphones. The company gained a lot of followers with its first device, OnePlus One, which offered flagship specs at a very reasonable price. This year the company has come up with a successor to its first smartphone and the new smartphone is called OnePlus 2.

On the design the OnePlus 2 looks a very premium device thanks to the high quality metal frame across is sides. The phone has a well-built quality, and it also retain the much popular sandstone back panel from its predecessor. 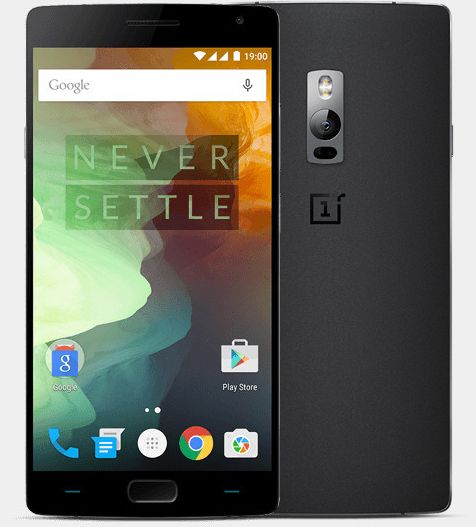 Talking about the specs, the phone flaunts a 5.5 inches Full HD screen which is protected by Corning Gorilla Glass 4. Though we would have liked a 2k display this time but an HD display is also not a deal breaker. The phone is powered by a 1.8 GHz Octa Core Snapdragon 810 Processor paired with 4 GB RAM, which is capable of delivering high performance without any lag.  On camera, the device has got a 13 MP rear camera with f/2.0 aperture, Laser Autofocus, OIS, & Dual-LED Flash, while there is also a 5 MP front camera which is good in taking selfies.

The highlighting point of the phone is that it comes with Fingerprint sensor that allows you to quickly unlock your device with your finger print (just like Touch ID found on iPhones). The phone also comes with future-proof reversible Type-C port instead of a regular micro USB port for charging and data transfer.

It runs on Android 5.1 Lollipop layered with company’s own Oxygen UI, which almost looks like similar to the stock Android UI coupled with with some extra features and customization capabilities. The phone is rocking at a 3300 mAh battery and has 64 GB internal storage with no option to expand it further.

Considering the price, the phones really offers powerful set of hardware with exceptional performance. The phone is priced at Rs 24,999 and is available exclusively via Amazon.in website. OnePlus 2 is the best smartphone under Rs 25000.

The Zenfone 2 Deluxe is another great phone under sub 25k price bracket. The phone has got a unique polygonal design and the back panel of the phone is textured with 500+ polygons, giving you a completely unique feel and grip while holding it. The phone looks like other Zenfones and the unique back panel makes its look very stylish. 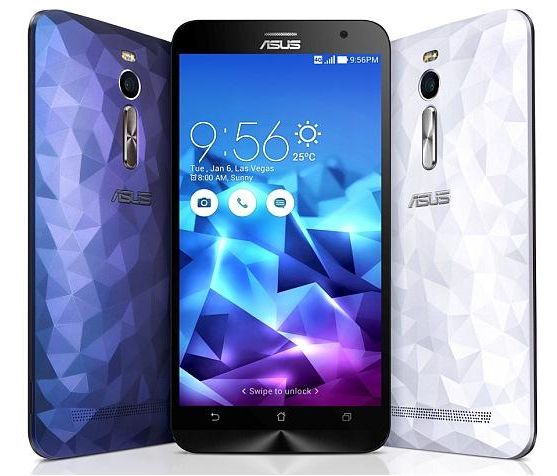 The Zenfone 2 Deluxe boosts a 5.5 inches Full HD display which translates to a pixel density of 401 ppi, which makes the display look gorgeous. The front panel of the device is protected by Corning Gorilla Glass 3. The device is powered by a 2.3 GHz Intel Atom Z3580 Quad Core Processor and comes with 4 GB of RAM. The phone has got 64 GB internal storage which is also expandable upto 64 GB via microSD card.

The phone runs on Asus’s own ZenUI based on Android 5.0 Lollipop. The phone comes with dual sim with first sim supporting 4G while the second supporting 2G. It comes with a massive 3000 mAh battery which also supports fast charging.

The Zenfone 2 Deluxe comes for a price of Rs 22,999 which is a great deal. The phone can be purchased exclusively via Flipkart.

Motorola recently launched its new mid-range smartphone called the Moto X Play. The phone comes with a bunch of powerful specs and offers a great deal at the price. Having the brand name Motorola you should not have a doubt on its built quality as Motorola is known for providing premium quality products. 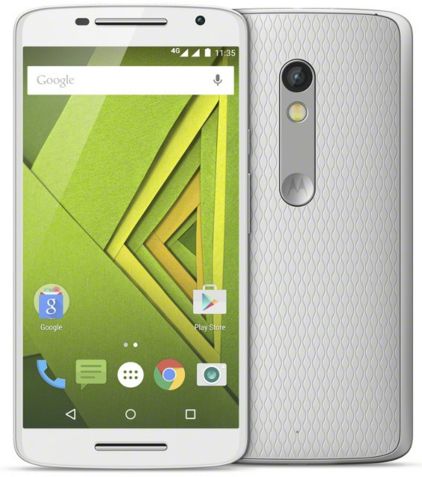 The phone sports a 5.5-inch screen full HD, giving the Moto X Play a pixel density of 401 ppi. The screen is also protected by Corning Gorilla Glass 3. The device is powered by  1.7 GHz Qualcomm Snapdragon 615 Octa-core processor and 2 GB RAM. It has got a 32 GB storage with expandable Storage Capacity of 128 GB.

It comes with a 21 MP rear camera with auto HDR, colour balancing, dual LED flash, which allows you to take some great shots. The rear camera is also capable of shooting 1080p videos. There is also a 5 MP front facing camera that ensures that you look great in selfies and while video chatting with friends.

One of the biggest selling points of the Moto X Play is the massive battery, 3,630mAh, which the company claims will last two days on a single charge, even when using 4G LTE and other battery-intensive features. It also includes Motorola’s Turbo Charge technology, which the company claims is the fastest quick-charging tech on the market, giving the Moto X eight hours of battery life in just 15 minutes of charging.

The Moto X Play 32 GB is available exclusively on Flipkart and can be purchased at a price of Rs 19,999.

Lenovo is a much reputed brand and has recently launched its much awaited Pro-level camera smartphone, the Vibe Shot. As the name suggests the smartphone focuses towards ‘camera’. 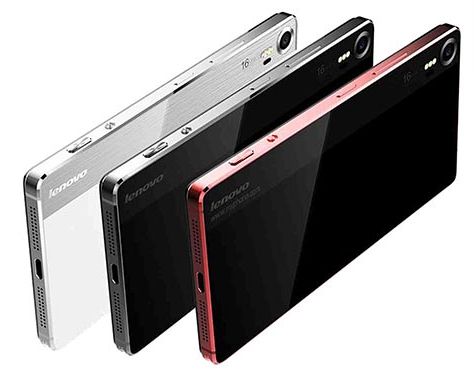 Starting with the selling point of this phone, the camera, it features a 16MP rear camera with infrared autofocus which is 2x faster than normal autofocus, the camera also comes with 6P lens, Optical Image Stabilization (OIS), 16:9 BSI sensor and tricolor LED flash. It is also loaded with features like Geo-tagging, touch focus, face detection, panorama and HDR. The rear camera is capable of shooting excellent images with natural colors and clarity. While it also has an 8MP front camera including panoramic selfies, and Full HD video mode to connect with your people over video chats. The phone also has a dedicated shutter button and another dedicated button to toggle between ‘Auto’ and ‘Pro’ modes. The ‘Auto’ mode adjusts the camera settings itself to take the best possible shots while the Pro’ mode gives you all the control in your hands, so you can fell and take pictures like you do on professional cameras.

The phone has got a very beautiful design and sports a 5 inches Full HD display. It runs on Android 5.1 Lollipop with Lenovo’s Vibe UI.  The device is powered by the 1.7 GHz Octa-Core Snapdragon 615 processor coupled with 3 GB RAM. The phone includes Dual Sim and 4G support and comes with 32 GB internal storage, with expandable storage upto 128 GB.

It houses a 3000 mAh battery and the phone is the ideal for photography lovers. It gives the power of Pro photography in your smartphone and, it also packs powerful specs & good design and is a great smartphone to buy.

The Lenovo Vibe Shot comes for a price of Rs 25,499, which is Rs 500 above this category but is the best phone for someone who is very photogenic.

Samsung recently launched its high-end smartphone, the sleek Samsung Galaxy A7. The phone is pretty slim with just 6.3 mm thick. The built quality if the book is great thanks to the metal body.

The phone comes with a 5.5 inches large full HD Super AMOLED display which is protected by Corning Gorilla Glass 4. It runs on the Qualcomm Snapdragon 615 Octa Core Processor and is coupled with 2 GB of RAM. The device also supports 4G and dual sim and comes with 16 GB internal storage which is expandable upto 64 GB. 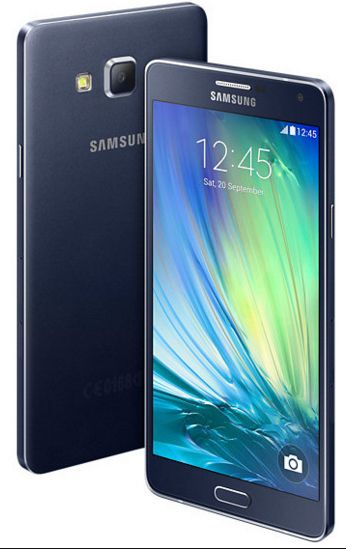 On imaging, it has got a 13 MP rear camera along with a 5 MP front camera. The front camera comes with upto 120° wide angle lens which is great for taking groupies. Both the camera produces really impressive images.

The phone runs on Android Lollipop and houses a 2600 mAh battery. The phone is really well built and looks and feels solid in hands. And with Samsung it has good cameras and the best after sales service.

The smartphone is priced at Rs 23,990 and is available in various online portals.

Sony’s recently launched smartphone, the Sony Xperia C4, also fits in the sub Rs 25,000 category. The phone typically takes the design language  from Xperia series and has great built quality. The pone focuses on taking better selfies and comes with a soft LED flash on the front. 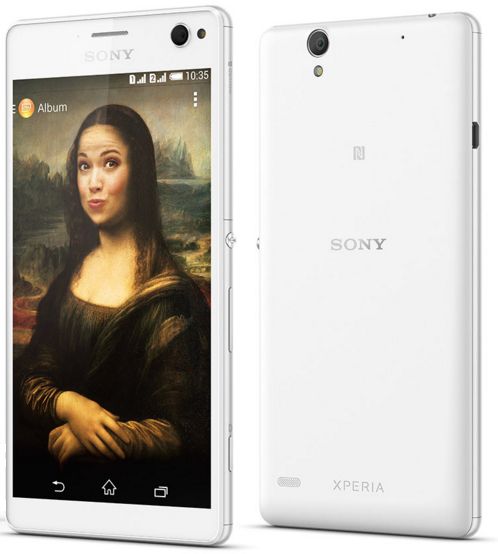 The phone flaunts a 5.5 inches Full HD display with Sony Mobile BRAVIA Engine 2. The phone is also protected by a Scratch-resistant glass. The phone has a quite impressive display with 401 ppi pixel density. The Xperia C4 is powered by 1.7 GHz Octa Core Mediatek MT6752 processor paired with 2 GB RAM. The phone runs on Android v5.0 Lollipop with Sony’s custom skin. The phone also includes 4G and dual sim support and comes with 16 GB internal storage which is expandable upto 128 GB. It houses a 2600 mAh battery which gives decent battery life to the phone.

The device sports a 5 MP selfie camera which comes with soft LED flash. The flash automatically adjusts according to the lighting conditions. The front camera has a 25 mm wide-angle lens and Exmor R sensor which helps in reducing noise. The lets also allows you to click great selfies with HDR. The 13 MP rear camera also comes with Exmor RS sensor and is capable of taking high quality images.

The Sony Xperia C4 is a great option for those looking for premium design and good camera experience, and is great specially for selfie lovers. This makes it one of the best smartphone under 25000 INR.

The premium smartphone manufacturing brand HTC had come up with a new high-end smartphone, the HTC Desire 826. The smartphone comes with a beautiful design taking some design tips from the HTC’s mid ranged devices. 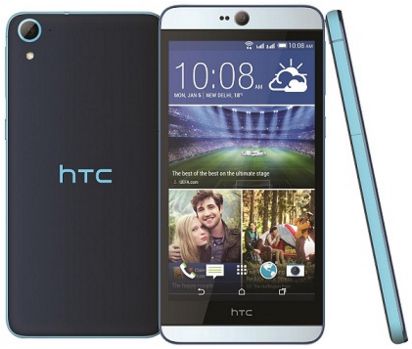 The device features a 5.5 inches Full HD display with 401 ppi pixel density which gives an impressive display. The phone is powered by the powerful Qualcomm Snapdragon 615 Octa Core Processor which is assisted with 2 GB of RAM. It comes with 16 GB internal storage which is expandable upto 128 GB via microSD card.

It has got a 13 MP selfie camera with intelligent BSI sensor along with f/2.2 aperture which is capable of taking great pictures even at low light conditions. The device runs on the latest Android OS v5.0.1 Lollipop and also supports Dual Sim and 4G (LTE).

The smartphone comes with 2600 mAh battery and it also has got HTC BoomSound with Dolby Audio, which gives awesome sound quality. Overall, this is a decent phone at this price. The phone is priced at Rs 23,00 and can be purchased via any online store.

So, these are some of the best smartphones under 25000 and you can pick any one as per your requirement. These smartphone offer a great value for you money and is ideal to be your daily driver. Do let me know if you have another smartphone in mind that will fit in this list. And also let me know, Which is your favorite high-end smartphone?