Our research and testing have shown that NordVPN is the best antivirus software that also offers VPN protection in 2023.

You should have a serious interest in bolstering your online safety if you’re searching for the best antivirus with VPN incorporated.

As the sophistication of cyber threats grows, it becomes more difficult for internet users everywhere to practice safe browsing practices. Hackers utilize many methods to steal data from people who aren’t prepared for it.

You should always use antivirus software to protect your devices from viruses and malware and a virtual private network (VPN) to hide your internet activity from prying eyes.

Both of these services are critical to preventing harm to your private information, but they are not equivalent. It’s a hassle to have to buy and maintain many tools for various purposes.

The field of cybersecurity is aware of this problem. Many businesses have responded to the need for better online protection by releasing all-encompassing security suites that combine state-of-the-art antivirus software with VPN prowess.

Comprehensive familiarity with the distinctions between antivirus software and VPN services is essential before settling on a package deal.

While providing users with a safe and private online experience is a top priority for both virtual private networks and antivirus software, these two categories of software take different approaches.

When properly configured, antivirus software may act as a fortress, protecting your system from outside dangers.

It not only protects you against malware, annoying ads, and phishing attempts in real time, but it also does routine checks to detect any harmful apps or files that may have infected your device.

Try one of the following if you’re looking for the greatest all-around antivirus with VPN protection:

One of the finest antivirus with VPN packages is provided by NordVPN with the addition of their brand new Threat Protection function.

For the most part, this function is an improvement above standard data encryption, providing an additional layer of protection.

To prevent malware from infecting your device, use the security features provided by Threat Protection. 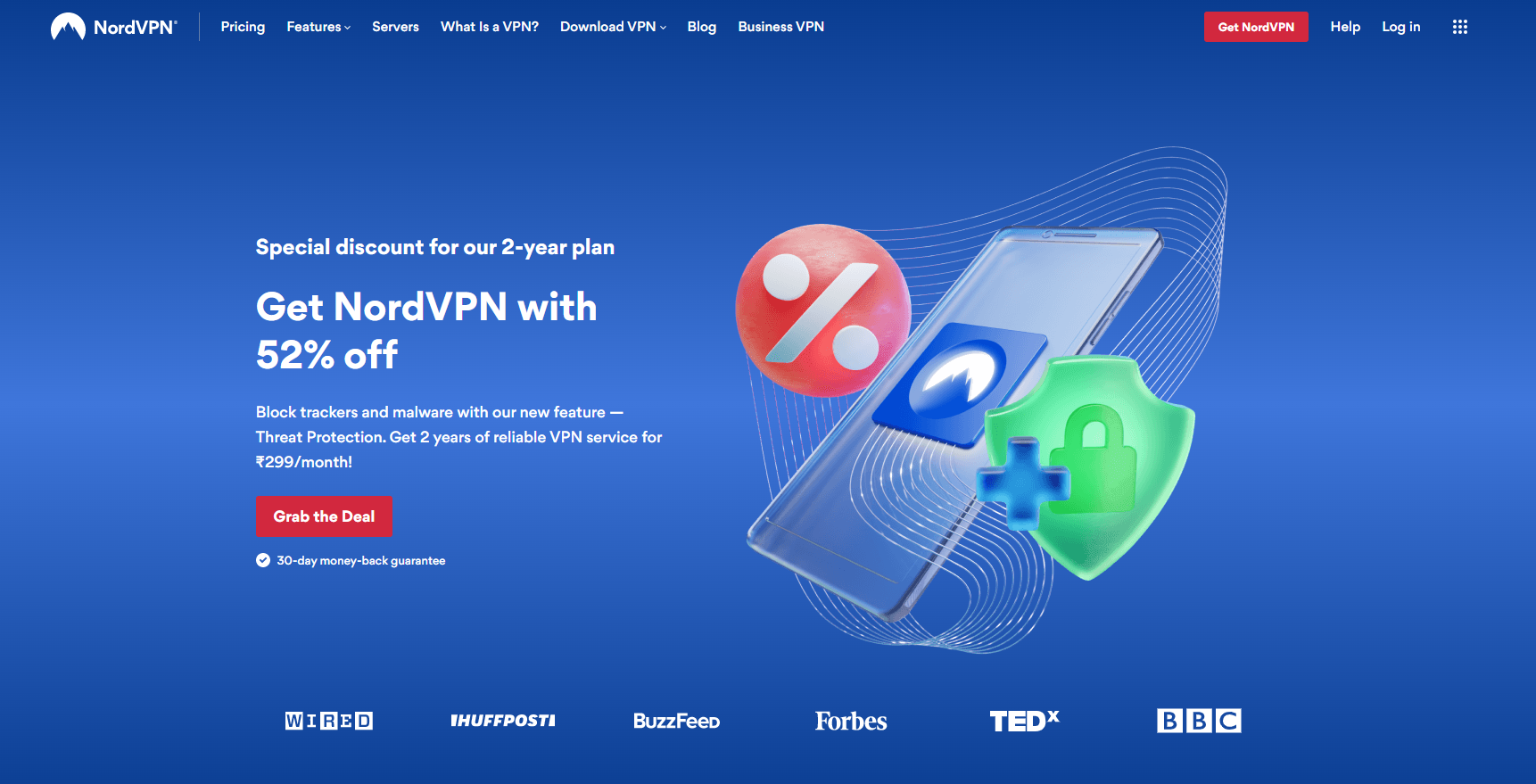 These include blocking access to malicious websites, checking downloaded files for malware, and removing infected software.

In addition, it stops annoying and potentially malicious ads from showing up on the websites you visit and stops web trackers from keeping tabs on your online movements.

Threat Protection performs thorough scans of all executable files up to 20MB in size. However, documents saved in PDF or DOCX formats are not inspected for privacy concerns.

Some information on flash drives, such as that obtained online, may be viewed by Windows users as well.

These advantages are all free. Once Threat Protection is engaged, it is active around the clock regardless of the VPN connection. VPN connection is another supplier strength.

It has a reliable internet kill switch to safeguard your data if your VPN connection drops.

One membership may protect up to six devices with the best antivirus and VPN. NordVPN works seamlessly with Windows, Android, macOS, iOS, Linux, and Smart TV.

Threat Protection only works on Windows and macOS. NordVPN’s website features an extensive knowledge base and 24/7 customer support.

🔥 Get Started With NordVPN Now

Atlas VPN is another suggested antivirus with a VPN provider. AtlasVPN, recently bought by Nord security, has over 6 million clients globally.

AtlasVPN promises to make the online world safe for everyone, regardless of technical knowledge or finances. 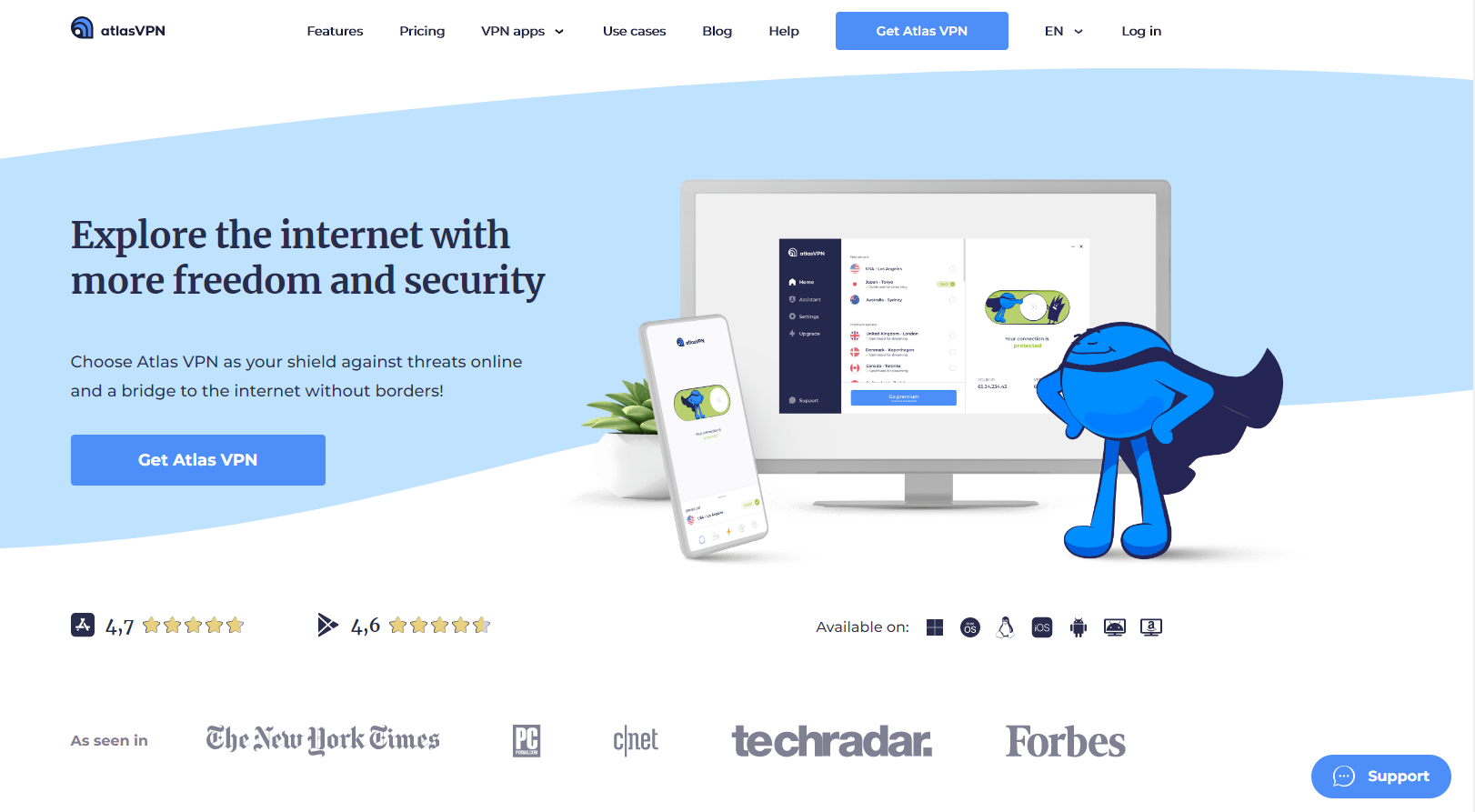 It also has multi-hop, a network kill switch, SafeSwap (IP rotation), and a data breach monitor.

It prevents phishing attempts. Real-time malware protection is effective, but it cannot do scheduled scans like a standalone antivirus. Tracker Blocker may not be the best antivirus with VPN apps because of this.

If these Tracker Blocker features are enough for you, you may safeguard limitless devices with one membership. Tracker Blocker is included in the VPN provider’s premium version, so you don’t have to pay extra.

🔥 Get Started With AtlasVPN Now

Surfshark focuses on affordability but also provides the highest internet security. Surfshark One is the finest antivirus and VPN bundle.

Its real-time protection against malware, viruses, and privacy-invading applications is powered by Avira’s anti-malware SDK. This simplifies device digital hygiene.

Real-time functionality is only available on the mobile app for Windows and Android. The firm will update you shortly.

Since we want to help you locate the finest antivirus with VPN capabilities, let us highlight Surfshark VPN’s top-notch security features.

Surfshark’s 3200 servers in 65 countries make it one of the finest VPNs for evading geo-blocks and watching global content. Wireguard enables ultra-fast connection rates.

The VPN’s Cleanweb function prevents trackers and ads. Combining Surfshark’s antiviral and VPN services costs a little more (to obtain Surfshark One), but it will pay you in peace of mind.

🔥 Get Started With Surfshark Now

Antivirus and VPN: How to Choose?

For customer convenience, many security providers are combining VPN and antivirus products into bundles that cover all internet use fronts.

Packages may contain data breach alarms and password managers to boost online security. When picking the best antivirus with a VPN package, consider the following features:

Pricing is important. Because stand-alone services are too expensive, you prefer packages. So, prioritize cost and ease.

Antivirus and VPN services rely on user confidence to preserve online security and privacy. Check whether the firm validates its dependability promises with third-party audits.

Password managers, data breach monitoring, and file encryption solutions are always helpful. Adding one or more of these items to the best antivirus with VPN combo makes the deal attractive.

You may have found numerous individual options for both antivirus and VPN, but ultimately, the best choice will always be to pick a package that includes the most polished versions of both.

Many companies in the cybersecurity industry strive to provide the greatest package, but we feel we have discovered the best in NordVPN.

It has also managed to stay ahead of the competition by offering this feature at no extra cost with its VPN service.

It also comes with a 30-day money-back guarantee, so you can try out the great bundle without any risk.

In 2023, NordVPN is your best option for antivirus software that also includes VPN protection. This is an opportunity you shouldn’t pass up.