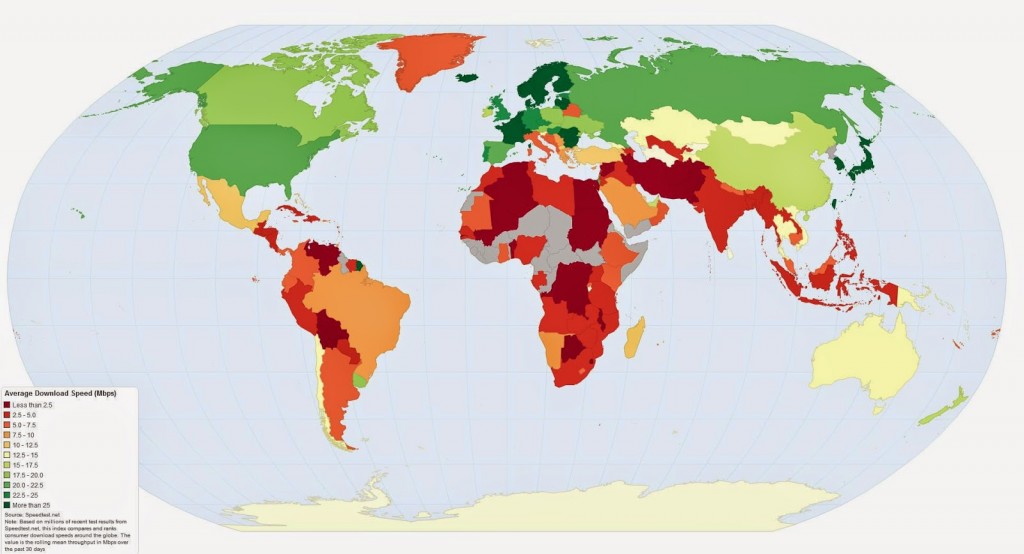 According to Akamai’s most recent report on the State of Internet, South Korea is the region that boasts the highest average internet connection speed in the world. The internet users surfs at an average internet speed in south korea of 24.6 Mbps in the second quarter of 2014, isn’t that awesome ?

Have a look at this awesome informational chart made by Statista, which gives you the top 10 ranking regions on basis of average internet speed.

Observing the peak broadband connectivity in Asia pacific, then we notice that only Indonesia is worse than India, while all other countries are able to provide better peak broadband speed. 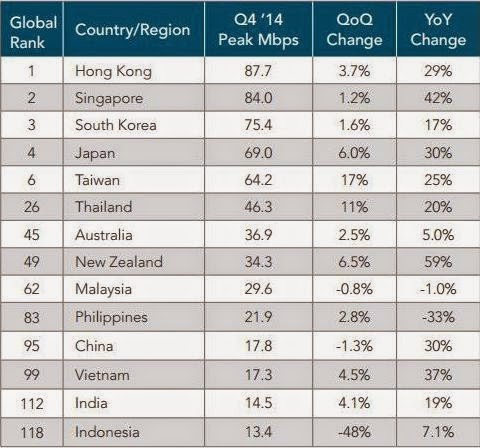 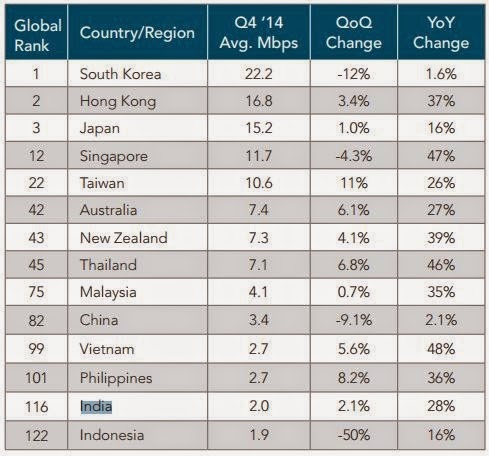 So that’s it, we are done with this post. I hope you like it, and if you did, I would really be thankful if you could spare a minutes and share it with your friends by hitting the social icons below. And do let me know if you have anything to add to this story in the comments section below.
Stay tuned to GizmoBase for the next post, where I will be sharing some of the best ways that you can use to test your internet connection speed.